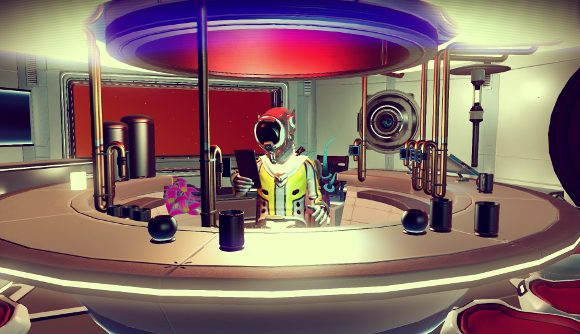 Since the latest No Man’s Sky patch, some players have encountered a nasty bug, corrupting saves and causing them to lose all progress. That’s the bad news, but here’s the good: it’s already been fixed and your data can still be recovered.

The patch went to the Experimental Branch of the game earlier today, with patch notes saying “Fixed an issue where players who saved after partially repairing some items of technology would be unable to load that savegame. Please note that if the game has not been resaved, then progress has not been lost and will be recovered.”

You can read those patch notes here, but more pertinently, the Experimental build is now live. Sean Murray tells us “The experimental build has been live for a while, and now been moved to main, now that some folks have confirmed this fixes their issue (and recovers their save).”

The savegame corruption seems to have be affected all platforms. Players said that the game displays the correct number of hours logged, but when they try to load a save No Man’s Sky puts them at the beginning of the game – effectively wiping all their progress. The bug affected autosaves and manual saves alike, and attempting to reload a different save did not resolve the problem.

There was already a solution, at least on PC. User corey_m_snow on Reddit put together a walkthrough on how to fix saves using a savegame editor, although it’s a little complicated. However, he did notice that all user data in the save files was still intact – which, thankfully, is confirmed by the official patch.

This comes in the wake No Man’s Sky’s huge Next update, a massive overhaul of the game which launched earlier this week. It included multiplayer, a graphical update, improved base building, extra objectives and a lot of other welcome improvements to the game. Player counts have rocketed (pun intended) since the Next update launched, and it’s good to see Hello Games able to quickly issue an update here.