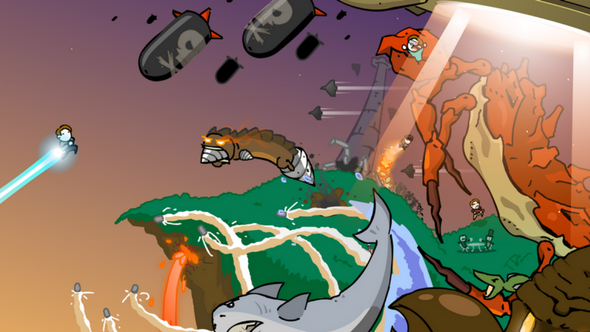 Before tinyBuild Games brought us games like Hello Neighbor or Punch Club, developer Alex Nichiporchik was hard at work on No Time to Explain, the studio’s first commercial title. Developed from a small joke game Alex found online, it turned into a veritable powerhouse and one of the first games to be accepted for publishing through Steam Greenlight.

Looking for an indie game to play after hearing about this dev’s woes? Check out our list of some of the best indie games on PC.

Before it found success, however, Nichiporchik was involved with some seemingly shady dealings with Russian publisher Buka Entertainment. Nichiporchikclaimsthe company has bullied him several times over, costing the company $24.5k and other problems.

Originally, Buka Entertainment reached out to Nichiporchik offering to publish No Time to Explain as a retail copy in Russian-speaking countries with an advance on royalties. After Nichiporchik and Buka came to an agreement that tinyBuild would receive a $24.5k advance on royalties after signing, the process seemed as though it would be a smooth transaction. Contracts were exchanged and Nichiporchik followed up after not hearing much more about the offer.

Eventually, following a few weeks of absolute silence on both ends, an email came through stating that the payment would be pending to go out soon. But Nichiporchik was left wondering what was going on with his money and the agreement as a whole.

Not much longer after that, Buka Entertainment sent Nichiporchik an email stating that the company was “forced to close several projects, including No Time to Explain.” All of this transpired back in 2011, and according to Nichiporchik it was an enormous blow to his company and its efforts.

Since then, Buka and Nichiporchik have communicated, with claims being made by Buka that contracts weren’t signed and promises weren’t actually made by individuals with the power to make them, along with other bizarre claims. At one point, Buka Entertainment reportedly threatened to sue tinyBuild for slander.

To date, the money reportedly owed to tinyBuild and Nichiporchik is still up in the air. Nichiporchik has since sent over the Gold Master edition of the game to hold up his end of the contract after he has reported being threatened during personal meetings, having been lied to, and various other dubious dealings. We’ll report more as the situation develops.