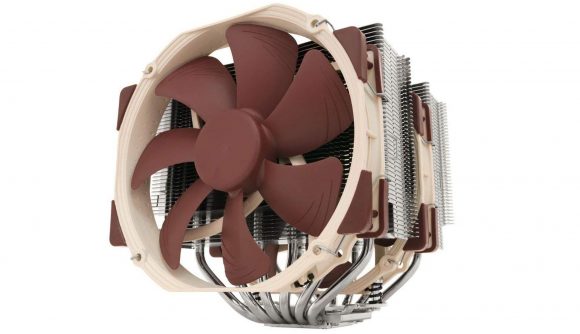 Noctua is now offering AM4 support as standard with its popular lineup of CPU coolers due to Ryzen’s increasing popularity. The company, which specialises in top-grade cooling components in various shades of brown, has announced that its popular NH-D15, NH-U14S, and NH-U12S will all come equipped for AMD Ryzen CPUs right out of the box.

While Noctua hasn’t shunned the red team’s popular lineup of AM4 CPUs, it has required PC builders to pick up either a seperate free-of-charge mounting kit or an ‘SE-AM4’ designated cooler for full Ryzen compatibility. But now these popular models are available with red-friendly garb from the get-go – and at no extra cost to the consumer.

“We’ve supported AMD’s Ryzen platform with our SE-AM4 models and free-of-charge mounting upgrades from the very beginning”, Noctua CEO, Roland Mossig, says. “As with Intel’s LGA115x and 20xx platforms, our customers have greatly appreciated our free upgrade policy. We’ve provided many thousands of free mounting kits and quite a few customers have migrated 10-year-old heatsinks they had already used on several socket generations. This means a lot to us and we’ll continue to offer the free kits of course.

“However, with AM4 becoming more and more popular, we think it is time to also include the mountings with our existing models so that customers have everything at hand when they purchase new coolers.”

These models have been updated with AM4 support:

Get moist: These are the best liquid coolers

AMD has kept the AM4 socket for the last two generations of its Ryzen CPUs, as well as a select few older CPUs that we rarely speak of in polite company. This platform compatibility will extend up until 2020, and includes the soon-to-be-released AMD Ryzen 3000 series processors.