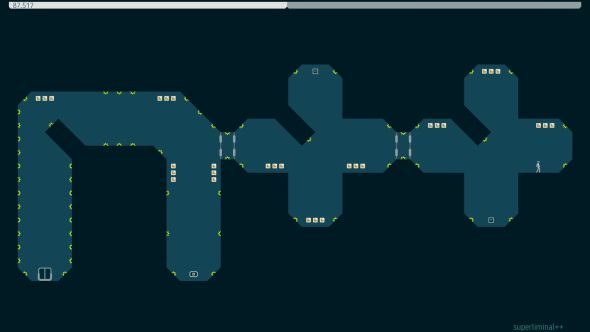 N, if you’re unfamiliar, is pretty much the perfect indie platformer. Originally released as a free flash game in 2004, it’s stupendously easy to learn and basically impossible to master. If you ever got a magazine demo disc in the following six year period, it was probably on there. N++ is the updated, prettier, huger, better version released on PS4 exclusively last year. Now it’s coming back home and it looks better than ever.

For more of the best indie games, check our list.

Given the original game was entirely grey on slightly lighter grey and didn’t feature any music at all, nevermind was solely single-player, that’s a lot of new stuff. On the level editor side, they’ve dedicated an entire trailer to that alone: