NVIDIA’s SHIELD family of hardware now includes three generations of Android-based devices, each offering more graphical horsepower, features and superior gaming performance than the device preceding it: the SHIELD portable, an all-in-one portable gaming platform boasting a built-in console grade game controller, the SHIELD tablet, a versatile 8-inch tablet that can be enjoyed as either a tablet or plugged into a nearby high-definition TV, and now the SHIELD Android TV, a set-top box capable of running AAA PC blockbusters like Crysis 3 and Doom 3: BFG Edition without a hitch.

Running Google’s Android TV OS, the all-new NVIDIA SHIELD Android TV is a powerful entertainment platform in a remarkably compact set-top box form. The new SHIELD allows owners to play 4K ultra high-definition TV shows, movies and video right out of the box. It also features support for 7.1 or 5.1 surround sound. Because it runs Android TV, the device gives you access to a seemingly unlimited selection of entertainment content and apps.

And to makes things even more convenient, SHIELD Android TV owners can use Google Voice to instantly launch the entertainment content they’re looking for – or quickly check the current game score of their favorite sports team in progress. 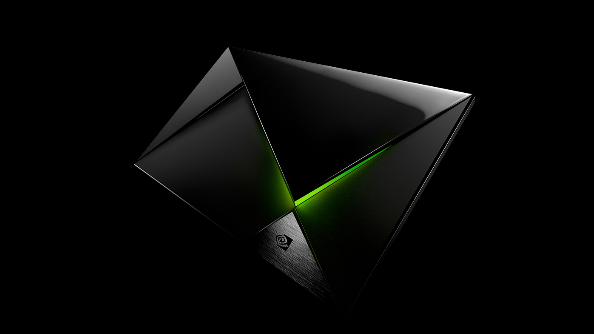 Powering the SHIELD Android TV is NVIDIA’s latest and most powerful mobile processor to date, the Tegra X1 super chip. Featuring 8 64-bit ARM cores and a 256-core GPU based on NVIDIA’s Maxwell architecture, the Tegra X1 can handle even the most graphics intensive games out there.

What really sets the new SHIELD apart from other devices is the multitude of options it presents for enjoying games. On top of the robust collection of Android games that can accessed on SHIELD—many of which have visuals and effects specifically enhanced for Tegra X1—you can also play PC blockbusters like Rocksteady Studios’ Batman: Arkham games via its built-in support for the NVIDIA GRID service.

Described by NVIDIA as “Netflix for gamers”, the cloud-based GRID gaming service is an easy-to-use platform that allows you to play resource-demanding PC titles through the cloud that would normally require a high-end gaming rig to run properly. GRID also streams games without noticeable latency as long as you have a reasonably strong Internet connection (5-10Mbps for gaming in 720p and 30-50Mbps if you want to enjoy games at 1080p).

Additionally, if you own a gaming PC equipped with a newer NVIDIA GeForce GTX graphics card, you can use GameStream to launch PC titles from your collection directly on your SHIELD Android TV. There are already well over 200 games available on GameStream, which can be enjoyed from the comfort of your living room paired with a SHIELD controller.