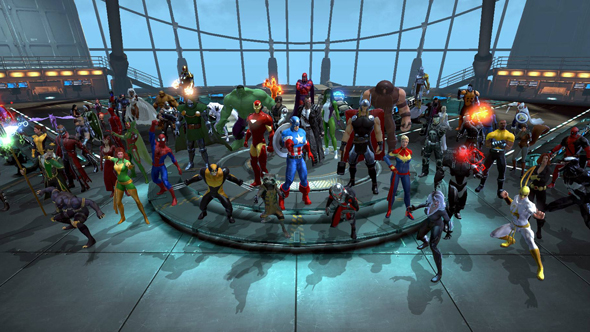 Marvel Heroes 2016 is now available to stream on NVIDIA SHIELD with a GeForce NOW membership, which means you can fight for justice as iconic heroes like Thor and Black Widow with the power of the cloud behind you. GeForce NOW is the best way to experience this slick action RPG for NVIDIA SHIELD owners as Marvel Heroes 2016 is one of over 60 games that’s included in the $7.99 monthly membership price (with the first month completely free to try out).

Marvel Heroes 2016’s arrival on SHIELD marks the first online multiplayer game on GeForce NOW. The game also offers a huge roster of characters, which means that some worthy heroes may get lost in the shuffle. Here are seven characters that deserve to stand shoulder to shoulder with popular heroes like Iron Man and Captain America. 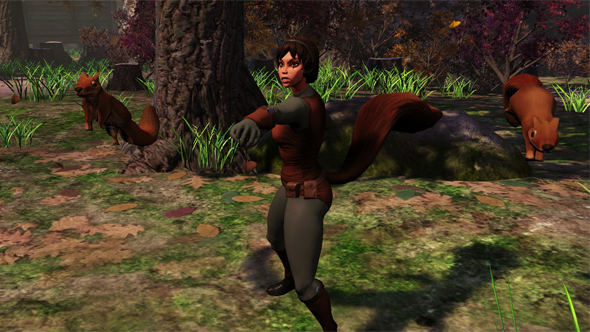 Doreen Green is a wonder whose appearance belies her hidden power. Yes, her youthful features, slim build, and bushy tail make her look innocent, but she’s actually a skilled fighter whose cunning and agility have helped her take down some of Marvel’s most vicious villains. In the game, she relies on quick strikes and an army of squirrel friends to take down her foes, and with the right build, she can become a formidable presence on the battlefield. Her ultimate ability is called Tiny Hug Barrage, which summons a horde of furry allies who’ll slow down enemies and rain down acorns upon their heads. Destruction has never been so adorable.

Black Panther is a character who has it all: he’s a superb fighter, a master tactician and a genius level tech whiz. He’s also a king and he’s connected to the Panther God who grants him all sorts of abilities. Choose him in Marvel Heroes 2016 and you’ll reap the benefits of this impressive hero. In-game, you can upgrade his fighting abilities, enhance his attributes, and unlock moves that’ll get you out of tricky situations. His ultimate ability calls down the Panther God to his side. It’s such a powerful move, we almost feel sorry for the bad guys. 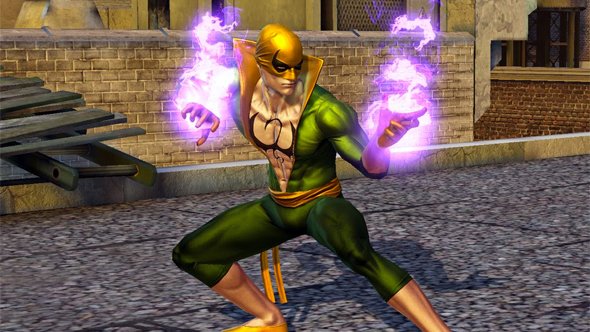 Iron Fist isn’t a household name right now, but that’s going to change very soon. Like Daredevil, Jessica Jones, and Luke Cage, he’s in line to get his own show, and everyone will be talking about him. You can get ahead of the curve by playing as Iron Fist in Marvel Heroes 2016 now. This devastating fighter has an arsenal of martial arts moves and chi-powered attacks at his disposal. When he’s properly outfitted and upgraded, he becomes a dominant striker, capable of punching and kicking his way to victory. Crime needs a wake-up call, and Iron Fist has the hands and feet necessary to ring the bell.

Taskmaster has an interesting skill: he can perfectly replicate any action he witnesses. If you pick a fight with him, you may win. Try it again, however, and he’ll not only recognize your moves but use them against you. That kind of devious fighting ability makes him a master villain. In Marvel Heroes 2016, however, he’s joined the good guys for a spell, acting as a combat instructor for the government. Take him into battle and you’ll not only get the benefit of his own strength, but moves filched from characters like Hawkeye and Daredevil. Ever the teacher, Taskmaster’s ultimate ability summons some of his students to the battlefield. They’ll fight alongside Taskmaster, growing stronger as he deals out damage. Pick this proficient fighter and you can give your enemies a lesson in pain. Class is in session. 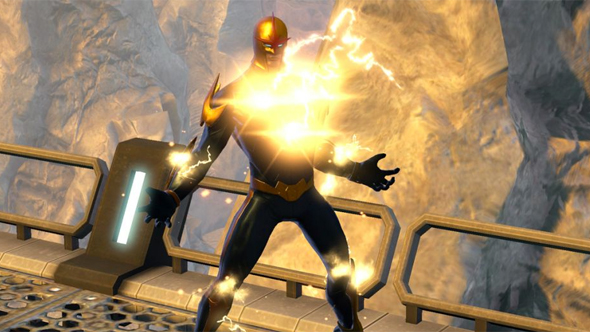 Richard Rider was just a normal teenager when he was chosen to receive the wondrous powers of an alien warrior. After coming to grips with his newfound abilities, Nova has proved himself worthy of the honor time and again. In Marvel Heroes 2016, Nova is a stellar hero whose versatility is his main strength. He can bust baddies with physical force, keep them at bay with his cosmic beams, and batter them with his ability to fly. When things get really hairy, he can call in reinforcements. See, the alien whose power Nova inherited belonged to an elite squad known as the Nova Corps, and Nova can summon these allies for some much needed backup. It’s good to have friends in high places.

Angela is another character who has familial ties to a popular hero: she is the daughter of Odin and sister to Thor and Loki. Like Magik, Angela was abducted as a child, this time by the Queen of the Angels who rules the dimension known as “Heven”. There, she was trained as a mighty warrior, and Asgard’s loss is your gain in Marvel Heroes 2016. Angela is formidable hero, capable of unleashing virtuous justice upon her enemies. She flies into battle wielding a sword as well as ribbons that deal tons of damage. Activating her greatest power, Hel and Back, causes her to become even mightier, and will send evil doers running from the light. 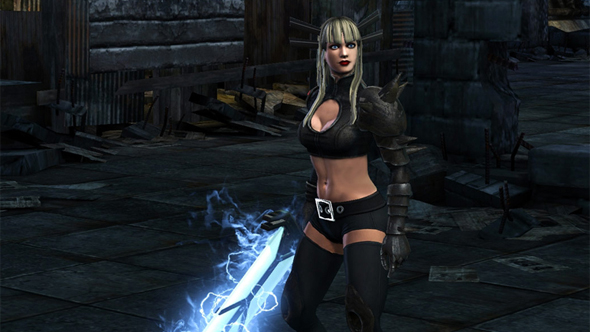 Magik began life as Illyana Rasputin, younger sister of the X-Men’s Colossus. Her life took a mystical turn when she was abducted by a demon lord who sought to corrupt her soul. She turned the tables on the demon lord, however, and used her newfound knowledge of the dark arts to usurp him and take over his kingdom. Now, she patrols the streets of Marvel Heroes 2016 as Magik, a powerful sorceress who can summon demons and wield magic to put her foes down. As if she wasn’t scary enough, she can take on a demonic form and rain destruction down on her enemies’ heads.