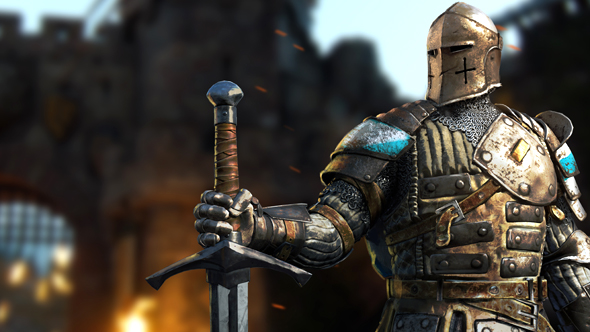 Offering a heady mix of gorgeous visuals and sublime combat, Ubisoft’s For Honor has established itself as an exciting new contender in the fight for our playing time. Gamers are pledging their allegiance, entering the virtual arena as one of three factions inspired by an actual historical clan: the Knights, the Samurai, and the Vikings.

Below, you’ll find some useful tips that will help you survive on the battlefield. Keep the following in mind and you’ll increase the chances that you’ll emerge victorious from the fight.

Whether you play as the chivalrous Knights, the honorable Samurai, or the formidable Vikings, you won’t last long in For Honor if you heedlessly charge into battle. Engaging the enemy without a plan of attack is the best way to guarantee defeat, so take time to plot your approach. For Honor has a large roster of characters, each with its own specialities, so tailor your battle plan to the one you pick. The game also features multiple modes with their own objectives, so a strategy that works for one situation may not work for another.

If you’re playing multiplayer, definitely consider communicating with your fellow gamers through a headset. You can provide situational updates to each other, call for help, and give morale-boosting props when a teammate does something spectacular. History has shown that a superior strategy and execution can swing a battle, and the same holds true in For Honor.

As we said earlier, For Honor boasts a large roster of characters. The three factions each have four different characters to choose from, and they’re all designed with specific strengths and weaknesses. Understanding your chosen character’s ability means you can maximize your skill set while minimizing your weaknesses.

For instance, say you choose the Nobushi of the Samurai class. These warriors come clad in light armor, so they’re incredibly agile, but they cannot sustain heavy damage. Their weapon, the Naginata, also has a long reach, which means the you’ll be wise to keep the enemy at a distance. Contrast this with the Conquerors of the Knights: these stout soldiers wear more armor and wield heavy flails, which makes them a more defensively sound option. This lets you weather attacks and wait for the right moment to unleash a mighty blow.

As you get more familiar with the game, knowledge of your capabilities will help you suss out what your enemy can do. If you face off against a Viking Berserker, your battle sense will remind you that they have quick, short-range combos that can quickly wear you down. That mental scouting report will give you the knowledge necessary to deal with each hero’s unique offensive and defensive patterns.

Play on the best hardware you can

For Honor offers some incredible visuals, so you’ll want to definitely play the game at the highest settings possible. Experiencing For Honor on a powerful GPU like the NVIDIA GeForce GTX 1050 or 1060 will not only ensure quality graphics, but high framerates as well, which are key to staying competitive in a fight. Gaming on a high end card like the GTX 1070 or 1080 also means you can play at higher resolutions while still getting silky performance.

If you game on top notch hardware like GTX GPUs, you can also take advantage of cool NVIDIA features like Ansel. This handy tool lets you take 360-degree screenshots that truly capture the action. You’ll pull off some incredible feats in For Honor, and Ansel can help you showcase your exploits. Facebook Live integration also means you can stream your For Honor gameplay directly to your friends.

If you want the best For Honor experience possible, you’re in luck: NVIDIA is currently offering a sweet bundle that lets you grab your choice of a free copy of For Honor or Ghost Recon: Wildlands with the purchase of select GTX hardware. Click here to see which GTX 1070 and 1080 GPUs qualify. Select systems and laptops that feature GTX hardware also apply. 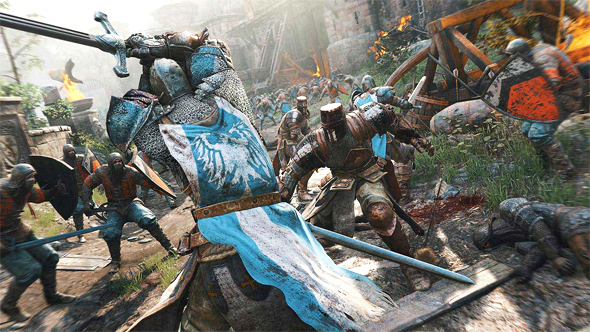 Know all the right moves

This ties into the tip above. Each hero has a set of moves that they can unleash during battle, and mastery of each offensive attack and defensive block will be key to surviving a protracted fight. It’ll be tempting to lose your cool and mash buttons, but to truly succeed, you’ll need to learn what each move does and what situations they excel in.

The Wardens of the Knight faction, for instance, can execute quick slashes to poke at the enemy’s defenses then let loose a heavy attack to cause more damage. When the enemy attacks, the Warden can parry the blow and let loose a counter-attack of his own. A quick bash of the shoulder is also available to send foes reeling, opening them up to a swift attack.

Spend some time with practicing your move set and really try to learn how each one can fit into a battle plan. The combat in For Honor may be visceral and action packed, but it can also be likened to a dance. You can just mix in moves at random, but to truly dominate, you’ll want a choreographed routine where each move is in perfect sync with the rhythm and flow of the battle.

Pace yourself in battle

Speaking of moves, you have a stamina meter that dictates your ability to pull off your impressive combat feats. Heavier attacks and power moves will drain more stamina than simple moves, but even light attacks will eventually wear you out. Keep an eye on this crucial meter and know when to take it easy, else you’ll find yourself exhausted at the wrong time.

The same goes for your health. For Honor does a great job of making you feel powerful, but that doesn’t mean you’re invulnerable. If you find yourself low on health or on the verge of defeat, don’t be afraid to run away. It’s not the most glorious act, but living to fight another day is just plain smart. Plus, even if your opponent eventually catches you, you will draw them away from their allies and distract them from the larger battle at hand for the duration of the chase.

Don’t be afraid to stack the odds in your favor

For Honor is designed so that every battle is a test of each combatant’s skill, tenacity, and strategic intellect. However, sometimes you just need to defeat an enemy using overwhelming force. Say you’re buzzing around the battlefield and you see an ally fighting an enemy. Take advantage and jump into the fray. Let your ally stare into the foe’s eyes as you run up from behind to lend a hand. Now, you’re both free to hunt around for another fight together.

Or perhaps you show up too late to the fight and the enemy has already won. That is the perfect time to pick a fight. Not only can you avenge your fallen ally, but your opponent will be in a weakened state. These kinds of situations don’t come around often, but be sure to take full advantage when they do.

Show your opponent the proper respect

Because For Honor has a competitive element, it can be easy to let the heat of battle get the better of you. But just remember that on the other end of the game is another gamer just like you. That’s why it’s important to be honorable in both victory and defeat. Showboating, taunting, and trash talking is a natural part of competition, but don’t take it too far. A simple “good game” after a match is over can go a long way towards fostering a sense of community.

But take it a step further. If an opponent or teammate does something noteworthy, let them know you appreciated their skill. If someone does something to help you, say thanks. If you see a player who’s particularly good, ask them for some advice. And if another player is humble enough to ask you for tips, take the time to help. It’s the smallest gestures that have the biggest impact sometimes, so don’t be afraid to demonstrate honor in battle.

If you haven’t yet added For Honor to your game library, find out how you can get a free copy of the game by upgrading your PC hardware here.