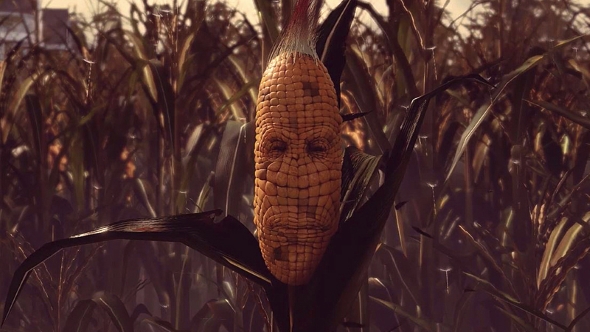 Talking corn, a teddy bear robot, and a secret underground research facility are just some of the strange things you’ll encounter in Finish Line Games’ indie hit, Maize. Offering puzzle-based gameplay that harkens back to classic adventure titles, the game features the kind of bold design sensibilities that gamers have come to expect from the indie gaming genre.

This is a big reason why NVIDIA chose it as one of the three titles featured in its GeForce GTX Indie Bundle. The promotion celebrates great indie game developers while also giving gamers who purchase select GTX video cards a quality indie game to enjoy on their new hardware. Thanks to its unique charm and engaging gameplay, Maize was an ideal game to include in the promotion.

Music To Our Ears

So where does an idea for a game like Maize, with its curious characters and offbeat storyline, even come from? According to Finish Line Games’ CEO Daniel Posner, the original plans called for a far more straightforward title.

“Maize’s ‘kernel’ idea started out as a procedural maze game where living corn would rearrange the maze each time you played through it,” Posner notes. “But once we started building a setting and story arc, the scope grew and evolved organically to what Maize is today.”

As an independent studio, Finish Line Games could easily pivot from their starting idea to the final product that fans are enjoying today. However, total creative freedom can be too much of a good thing, a fact that the team kept firmly in mind.

“As an indie dev, the ability to develop ideas we are passionate about is very important to us,” Posner says. “But we still want to develop games that will resonate with players, so we ensured that Maize featured familiar mechanics amidst its absurd narrative.”

Those ‘familiar mechanics’ include a familiar first-person viewpoint, movement that’s assigned to the W-A-S-D keys, and cleverly designed object puzzles that require you to gather and use different in-game items in inventive ways. Gamers who loved titles like Myst and the recent hit The Witness will be on familiar ground, but Maize’s surreal wit and humor take things in an entirely new direction.

As Smooth As Butter 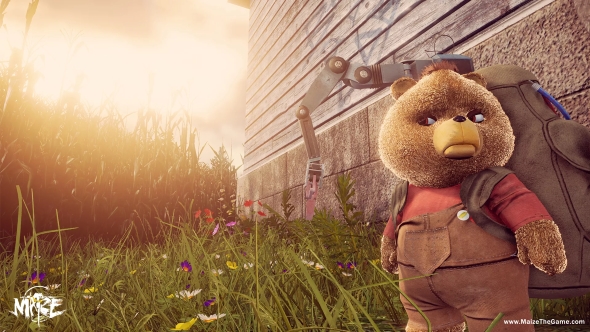 While Maize plays like an indie game, it certainly doesn’t look like one. Built using Unreal Engine 4, the game features stellar visuals that shine. This was another important aspect of NVIDIA’s decision to bundle it with select GTX video cards: the company knew Maize would take full advantage of the hardware.

“We relied heavily on the UE4 lighting system to increase the visual fidelity and immersion in Maize,” says Posner. “We also leveraged the Engine’s Matinee tool for all of our in-game cinematics, which made the workflow very straightforward.”

With a unique charm and top-notch graphics, Maize seemingly has all the qualities necessary for success. But the market is so competitive that it can be difficult to get noticed. This is yet another reason why NVIDIA created the GTX Indie Bundle: to help deserving indie developers get their game out in front of more potential customers.

“As an indie dev, our budgets are limited, so any additional marketing and PR support is very helpful,” Posner says. “NVIDIA has been a great partner throughout Maize development and we appreciate their support and help. The GTX Indie Bundle is a generous program and we are thrilled to be included in it.” 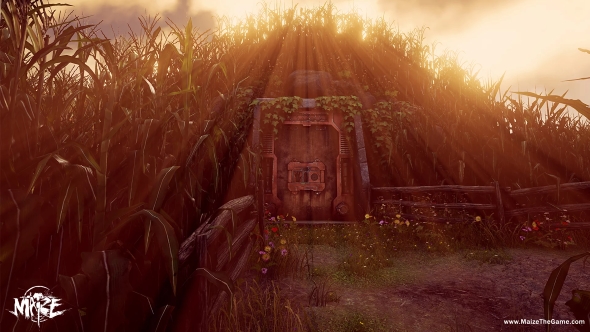 Maize has already developed a cult-like following thanks to word of mouth buzz, and its inclusion in the GTX Indie Bundle should help it receive even more attention. So, what’s next for Finish Line Games in the midst of their newfound success?

“We would love to see Maize on as many platforms as possible, so we are exploring those opportunities,” Posner says.

The company isn’t quite ready to discuss their next project, but Posner did have some advice for Maize fans who are eager to play the studio’s next magical adventure: “Please check our website and social channels for future updates and announcements!”

Finish Line Games can definitely expect more followers on their social accounts soon, because gamers who enjoyed Maize will no doubt be ‘all ears’ for whatever the talented studio announces next.

For a limited time when you upgrade to select GTX GPUs with NVIDIA’s new GTX Indie Bundle, you can get one of three great indie titles free: Maize, Redout and Raw Data.