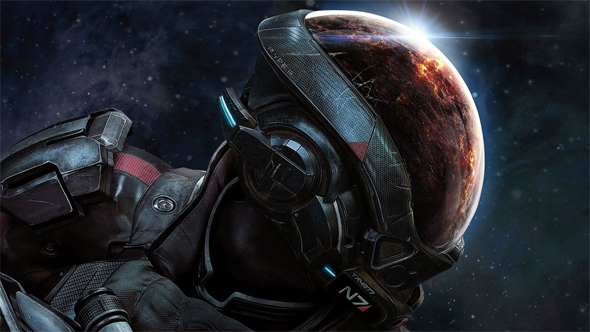 At long last, gamers are now treated to the latest chapter in the award-winning Mass Effect series. Titled Mass Effect: Andromeda, the game sends you on a memorable journey to the stars. To celebrate the recent release of BioWare’s sci-fi epic, we’ve put together a helpful guide to important elements of the original trilogy.

If you’re a long-time fan of the series, it will serve as a nostalgic trip down memory lane that will reignite the thrusters of your fandom. If you’re new to the franchise, it will give you the knowledge you need to navigate the world of Mass Effect: Andromeda with confidence.

One particular aspect of Mass Effect we want to highlight was how visually stunning they are, especially if you owned a powerful system. Mass Effect: Andromeda is no different. That’s no surprise considering the game’s support for advanced graphical features like 4K High-Dynamic Range visuals. Check out the official 4K HDR trailer for Andromeda below.

If you want to get the best possible visuals and performance in the new game, read this guide to Mass Effect: Andromeda’s PC graphics settings.

Mass Effect: Andromeda also supports NVIDIA Ansel, which lets you capture stunning 360-degree screenshots that you can easily share with your fellow space captains. Speaking of sharing, you can also take advantage of NVIDIA’s Facebook Live broadcasting support to share your exploits with your social network.

Spectacular visuals aside, what else does the Mass Effect series offer its fans? The following guide will get you up to speed on everything you need to know about Mass Effect, Mass Effect 2 and Mass Effect 3 before embarking on the thrilling new journey that awaits you in Mass Effect: Andromeda.

The word epic is used to describe a multitude of things, but the narrative featured in the original Mass Effect trilogy is definitely deserving of that term. The core storyline is centered on the impending return of the Reapers, a race of living spaceships with nefarious intentions. As Shepard, it’s your job to recruit allies, gather resources, and ensure that your forces have the strength to take on these god-like machines.

Of course, you also get involved in the lives of the people and aliens you shared the world with. These ran the gamut from simple quests to key moments involving complex themes like morality and xenophobia. Combined, these story elements helped make the universe that BioWare created that much more believable and interesting.

This track record of delivering a rich narrative ensured that Mass Effect: Andromeda would also feature a sweeping story full of grand occurrences and significant encounters. There’s also a connection between Andromeda and the original trilogy: your mission was launched as a way of keeping humanity alive should Shepard and his crew fail in their mission to stop the Reapers.

We’ve spent a great deal of time talking about the game’s story but let’s not forget that Mass Effect offered some incredible gameplay moments as well. The third-person viewpoint gave you a perspective on the lush sci-fi worlds and made navigation easy. The combat was also thrilling, offering a great combination of strategy and action. You were armed with a selection of weapons like shotguns and assault rifles, and nailing your shot was easy thanks to the responsive controls.

The intuitive menus also made it easy to dial up your character’s powers and issue commands to your squadmates. While it was possible to simply wear down your enemies with firepower, smartly using abilities like Cyro Ammo, which had a chance to freeze foes, made battles much more interesting. Elements like cover and fast-running were added to amp up your combat effectiveness as well.

With this kind of expertise under their belt, BioWare has found numerous ways to amp up the thrills in Mass Effect: Andromeda. From new weapons to skills, the game will feature plenty of firepower for you to play around with. 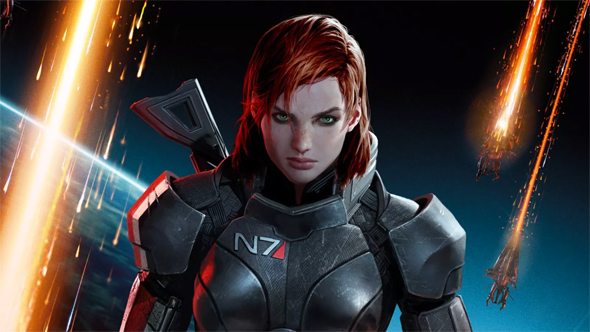 It’s hard to create a memorable hero, but BioWare struck gold with Commander Shepard. Whether you played as the male or female version, the character offered depth and personality in spades. Shepard exuded confidence and skill, and displayed a magnetism that made the close alliances you forged seem natural. Shepard was also a major force to be reckoned with, eventually attaining a bevy of combat skills that allowed you to single-handedly take out large forces.

Whether it’s on the battlefield or in conversation, Shepard commanded attention and respect. You truly came to embody character during your time in Mass Effect, which is a testament to the storytelling and game design. Mass Effect: Andromeda’s heroes also display a notable level of complexity, and role-playing as new character Ryder will provide fans with a similar sense of reward that stepping into the boots of Commander Shepard did all those years ago.

The Gift of Gab

Another major aspect of Mass Effect was interacting with other characters. Not only did it help advance the plot, but it helped strengthen your connection to the many beings around you. One highlight was the refined conversation system that let you tailor your approach. For instance, you could use a tough-guy response to let the other character know you meant business, or show a great deal of empathy to curry their favor.

This also tied into Mass Effect’s morality system. Based on your actions, your persona would shift towards either a good (Paragon) or evil (Renegade) affect. Both affiliations offered different bonuses and opportunities, and many gamers played through the games multiple times to experience life on the other side.

Because it’s based in its own world, Mass Effect: Andromeda also grants players an opportunity to meet and interact with a host of new alien races and beings. Once you make first contact, you’ll be able to learn their unique quirks, and discover what role they play in the game’s overarching plot.

Like all good epics, the Mass Effect trilogy featured a superb villain whose mere presence added just the right mix of tension to the experience. The Reapers and their agents caused you a great deal of grief during the course of the three games, and overcoming the odds to undo their plans made for some memorable moments. There were also several times when you came face to face with the enemy, and gaining a better understanding of their motivations helped deepen the importance of your mission.

The villain in Mass Effect: Andromeda was introduced in a trailer released before its official launch but don’t let your guard down: there are plenty of surprises lurking in the shadows, so don’t assume you know who your enemy is just yet.

Many iconic sci-fi franchises in pop culture feature memorable tech that leaves fans drooling, and Mass Effect is no different. The weapons, armor, and gadgets that Commander Shepard wields features incredible design work that’s utterly unique. One fan favorite is the Omni-Tool, a versatile item that performs a number of functions in the games. Manifesting as a glowing orange gauntlet around the wearer’s hand, it acts as a communicator, flashlight, hacking system, repair tool, melee weapon, and so much more.

Mass Effect also featured a host of vehicles that looked as great as they performed. Shepard’s main ride, The Normandy, underwent multiple iterations over the course of the series, and each was cooler than the previous incarnation. Sleek, beautiful, and loaded to the gills with high-tech gear like active stealth, it was a worthy vessel to save the galaxy in.

Of course, Mass Effect: Andromeda also features a similar inventory of cool gadgets and gear. This is especially evident in the game’s main ship, The Tempest, which may come to rival the famed Normandy as a fan favorite. The original trilogy inspired a lot of gamers with its beautifully rendered kit, and Mass Effect: Andromeda will no doubt do its part to add to the franchise’s sterling collection.

Mass Effect: Andromeda is now available on PC. For more on getting the definitive PC experience, go here.