Developed by Flying Wild Hog and published by Devolver Digital, Shadow Warrior 2 is a brutally over-the-top first-person shooter that casts players as ex-corporate shogun turned mercenary, Lo Wang. Featuring fast-paced FPS carnage, sharp dialogue and an absurd array of weaponry you can wield to butcher its demonic enemies, Shadow Warrior 2 just launched on PC and maintains an “overwhelmingly positive” overall user rating. Now NVIDIA SHIELD owners can stream the full version of the game directly to their device via GeForce NOW for $39.99. Here’s why you don’t want to miss out on Shadow Warrior 2.

Offering the best of both worlds, Shadow Warrior 2 eschews the trend of delivering hyper realistic military-themed shooter gameplay and scenarios in favor of over-the-top storytelling and action that harkens back to earlier FPS games. After a mission goes awry at the beginning of the game, Lo Wang is tasked with purging the world of the demonic forces that now occupy our realm. While its subject matter and characters don’t take themselves too seriously, the game features highly detailed visuals and action that take advantage of modern gaming hardware. 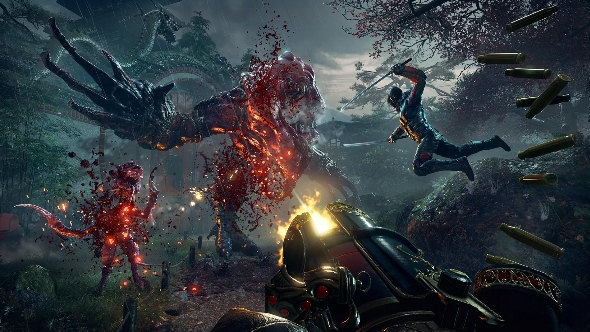 Due to a breach between the world inhabited by humans and another dimension home to demonic entities, the two worlds have been intermingled in Shadow Warrior 2. As a result, the world players explore and wreak havoc in isn’t always what it seems. Environments in the game are procedurally generated, which offers up new unexpected twists and turns players must overcome. 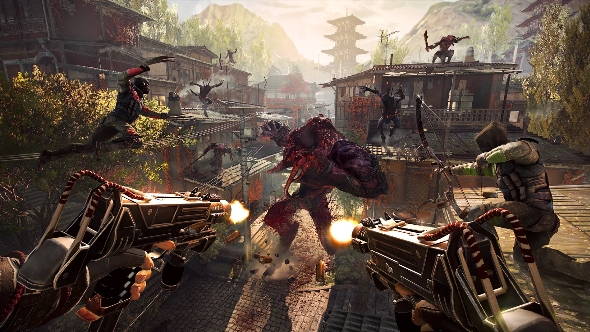 Razor sharp katanas, automatic firearms, hand claws, explosives, crescent blades, short swords and flesh-maiming magic spells are just a few of the different types of weapons players can wield as Lo Wang to disfigure and destroy Shadow Warrior 2’s diverse cast of demonic aggressors. In fact, the game features a whopping 70+ different types of blade weapons alone. And to make things even crazier you can augment and upgrade your guns and blades by assigning special stones to them, making your weapons even more devastating than before.

Buy It on GeForce NOW, Get a Free Copy of the Game on PC 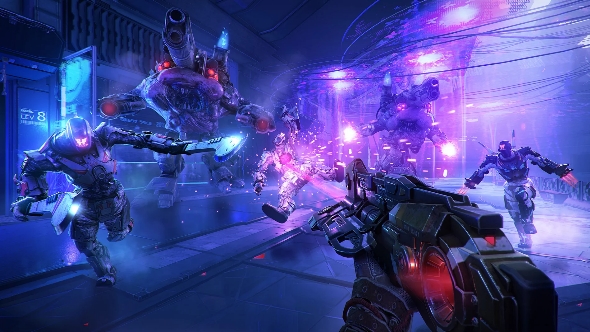 Shadow Warrior 2 is now available to purchase for unlimited streaming on NVIDIA SHIELD via GeForce NOW. And if you buy the game on NVIDIA’s cloud-based GeForce NOW streaming service, you will automatically receive a free copy to download the game on PC at no extra cost.