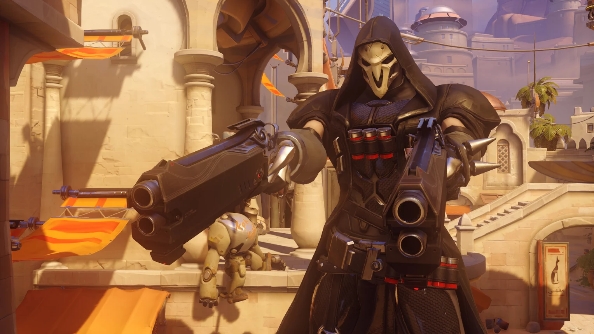 The stars of the show are Overwatch’s imaginative fantasy characters, which each have their own unique set of weapons, abilities and particular strengths on the battlefield. However, learning how to master and make the most out of the game’s roster of heroes takes some time.

But in order to help you learn the ropes of holding your own in Overwatch, NVIDIA’s video guide for new Overwatch players will tell you what you need to know to get a head start in the game.

For example, the video covers how characters fall into one of four categories – Offense, Defense, Tank and Support—and how each contribute a very different skillset to the squad. Weapons load-outs are different from class to class with, for example, tank class characters specializing in melee combat while defensive characters tend to perform a more ranged role.

The video then goes on to offer guidance on squad formation, character swapping, game modes and ultimately a whole bunch of more advanced tips designed to give you a distinct advantage over your enemies as soon as your boots hit the ground for the first time.

In order to get the best possible performance and visual experience in Overwatch, NVIDIA recommends that you have a PC equipped with a GeForce GTX 950 for 1920×1080 gaming. If you’re looking to crank up the game’s visual fidelity, you’ll need a GTX 970 for 2560×1440 gaming and a GTX 980 Ti for 3840×2160. And if you really want to get crazy NVIDIA’s recently announced next-gen GPU beast, the GTX 1080, delivers up to 3x the performance of previous generation graphics cards.