Winner of several awards including IGN’s Editor’s Choice, Electronic Arts’ racing game Real Racing 3 gets a new NASCAR update this week on NVIDIA SHIELD. Here’s a look at what’s in store for Real Racing 3 players in the new update by the numbers.

We’re talking about the Daytona 500 AKA “The Super Bowl of Stock Car Racing”. The inaugural race took place in 1959 at the then brand spanking new Daytona International Speedway. Now, via the combined magic of EA’s Real Racing 3 and NVIDIA SHIELD you can experience all the thrills, spills and bump-and-run madness of the planet’s most spectacular motor racing event. The Daytona International Speedway’s 31 degree banked curves enable drivers to achieve speeds of more than 200 mph while bumping and shunting into other cars and barriers.

Four (and a bit more)

The NASCAR update is no slouch when it comes to vehicles. There are no fewer than four new cars to get your hands on and a few variations of some of them to boot. The Chevrolet SS comes in three flavors: Hendrick Motorsports, NASCAR Academy and Stewart-Haas Racing. There are Ford Fusions from Richard Petty Motorsports and Team Penske. Joe Gibbs Racing and Sunoco are represented by Toyota Camrys. Then there’s the tantalizing prospect of getting behind the wheel of a Lamborghini Sesto Elemento. 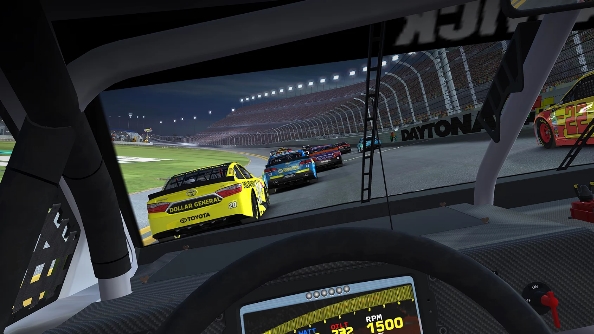 This is the number of new racing series featured in the game. Each series consists of a number of individual events taking place on circuits around the world. For example, Chase Elliot’s Champion Cup takes place over a whopping 58 events separated into 22 tiers. Similarly, the NASCAR Talent Tour takes place during over 33 events. With all of these new series there’s the opportunity to reap great rewards. In the case of the Talent Tour, for example, success and 100% completion will be rewarded with R$76,000 and 36 Gold coins, these being the in-game currency of Real Racing 3.

Six (or, rather, The Sixth Element)

This is a brand new event in Real Racing 3 and appears as part of the Tour Del Toro bonus series. Players who successfully make their way through the event’s ten stages will be awarded various completion rewards including the aforementioned Lamborghini Sesto Elemento. 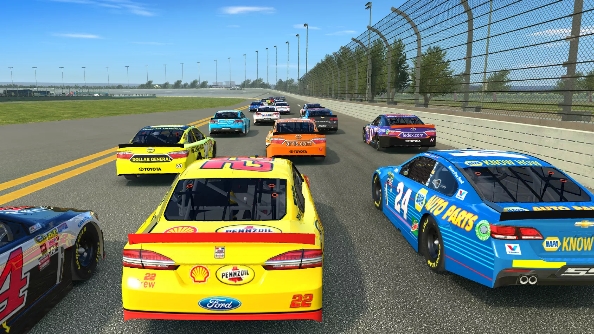 This is the total number of tracks now gracing Real Racing 3. For those who have yet to enjoy the delights of this magnificent racer, courses include the Daytona International Speedway, Japan’s Suzuka, the legendary Nürburgring, Silverstone in the good old U of K and a street circuit that, while it doesn’t exist in the real world, is based on the hometown of Real Racing 3’s Development team in Melbourne, Australia.

That’s quite a big number, right? Well, it represents the number of fully licenced cars that are available for your pleasure over the course of the game. We won’t list them all here—you’ll just have to download the game to your SHIELD device, but highlights include a Nissan 350Z, McLaren F1, Chevrolet Camaro ZL1 and a Bugatti Veyron.

Within the various series and tournaments there is a grand total of 11 event types. They are (take a deep breath): Cup (straight up race against varying numbers of opponents), NASCAR, Elimination, Endurance, Head-to-Head, Autocross, Speed Record, Speed Snap, Drag Race, Hunter and Time Trial. Add to that the online multiplayer mode and you have yourself quite a challenge.

Real Racing 3 and the new NASCAR update is now available on NVIDIA SHIELD as a free download.