SEGA’s critically-acclaimed kart racer, Sonic & All-Stars Racing Transformed, is now available to stream on any of NVIDIA’s SHIELD family of devices including SHIELD Android TV. All you’ll need to play the game is a membership to GeForce NOW, which is completely free to try out for the first three months and just $7.99 a month after that. Here are four big reasons why you shouldn’t miss out on SEGA’s smash hit kart racer on SHIELD. 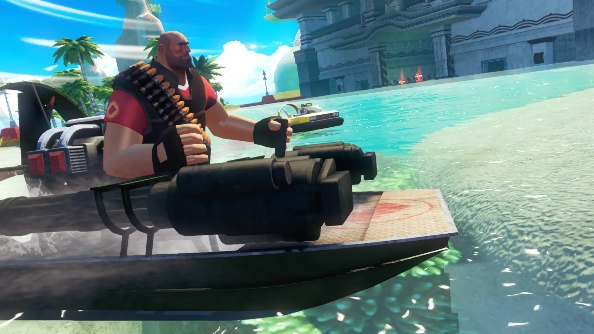 Gamers who grew up playing and loving SEGA’s classic games will feel a fuzzy glow of nostalgia when they get their hands on Sonic & All-Stars Racing Transformed. It’s packed to the gills with much-loved characters from SEGA’s rich history of games. Heading up the roster of drivers are Sonic, Tails, Knuckles and the evil Dr Robotnik. AiAi and MeeMee from Super Monkey Ball make an appearance as does Ulala from Space Channel 5. Crazy Taxi’s B.D. Joe and Jet Set Radio’s Beat are here and going further back in time you can pick Gilius Thunderhead from that slash-‘em-up arcade hit, Golden Axe. There are more than thirty of these iconic SEGA characters in the game each with their own vehicle. The game is also a blast to play with friends as it supports up to four-player local multiplayer if you own extra SHIELD controllers. 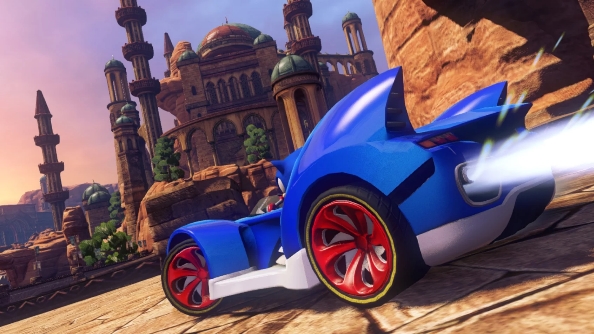 Fans of all things SEGA might already know that this game is a sequel and one that does things bigger and better than the original game. This is certainly true of the tracks. There are 16 brand new courses along with four favorites from the first game, all of which are playable both in regular and mirror mode. The tracks are themed taking visual cues from classic SEGA games such as Super Monkey Ball, Panzer Dragoon and of course Sonic the Hedgehog. But the link with these games isn’t just cosmetic. The twist here is that these are not your run-of-the-mill asphalt courses. Here, you might be happily trundling along a Super Monkey Ball course and then find the road disappears giving way to a watery section. Or on the Panzer Dragoon-inspired Dragon Canyon course the action is suddenly taken to the skies. This brings us to… 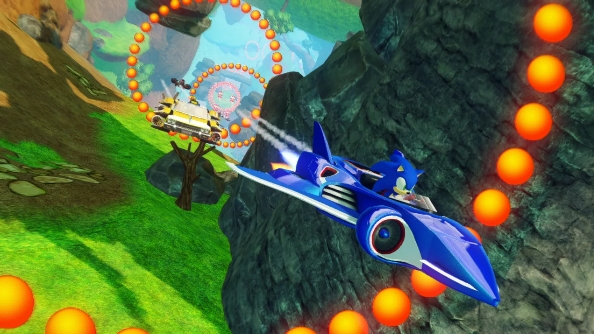 In order to cope with the dramatically changing terrain of these elaborate race tracks players need some very special vehicles and that’s where the “Transformed” part of the game’s title comes in. Each character’s vehicle can indeed transform between three modes of operation these being car, boat and plane. This dramatically changes the handling, but it also changes the gameplay. The way to gain boosts, for example, is different for all three modes. In car mode boosts can be achieved by drifting. In boat mode you can jump over the waves and perform stunts. It’s a riot and even though the transitions between modes are seamless, the different handling of the different states makes this a racing game unlike any other. 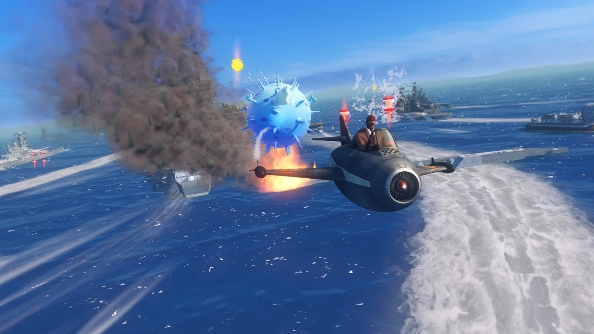 Ah yes. What would a kart racing game be without some weapons to throw around? Between races it’s possible to use any tokens you’ve collected in a slot machine that award you with new weapons and bonuses that can protect you from attacks, which you can then go on to use in your next race. As well as the familiar All-Star moves from the previous game there some new gadgets to play around with. How about attacking your opponent with a puffer fish, or a swarm of bees? Then again, perhaps a trusty snowball is more to your liking. The game also features a weapons system which means that over time you can learn to block or evade weapons so the better you get the less likely you are to get randomly blasted off the track.

Sonic & All-Stars Racing Transformed is one of the most fun experiences you can have on four wheels (and two wings… and a hull) so if you’re a SHIELD owner, now is a good time to sign up to become a GeForce NOW member.