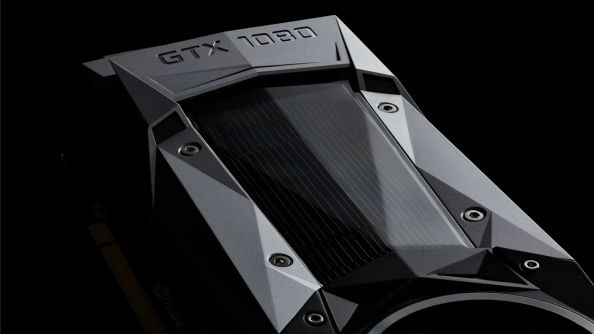 E3 is always a thrilling event for gamers around the globe as they get to witness the next wave of awesome games and cutting edge hardware. There’s a particularly big buzz surrounding E3 2016 though, thanks to the arrival of affordable and high-end VR systems.

What’s more NVIDIA is cranking up the excitement still further with their stunning new GTX 10 series GPUs and the announcement that over the course of the show they will be giving away $100k worth of gaming kit to gamers who bring their passion to social media and talk about their E3 highlights.

Prizes include a stunning PC Battle Station, 50 GeForce GTX 1080 GPUs, 30 $500 Steam gift cards and more. There’s even a Monster Energy mini-fridge with a year’s supply of energy drinks up for grabs.

All you have to do to enter the contest is simply post to Twitter or Instagram and mention a game you saw shown at E3. Tag @NVIDIA and use the #GameReady hashtag, so that your comment is noticed.

For a full list of applicable terms and conditions, including eligibility restrictions and details about how the sweepstakes is being executed, check here. The competition is open right now so make sure you participate. You have until the close of the show on June 17, 2016.