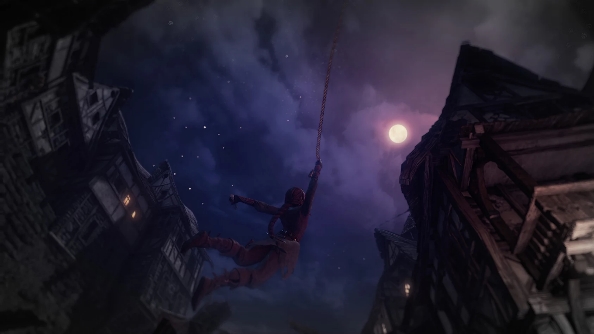 If you’re a single assassin against a legion of well-armed guards, you’re within your rights play to your strengths and strike silently from the shadows. Moving and attacking stealthily is in fact the concept that drives Shadwen, a stealth-action game from Frozenbyte (the studio behind Trine) that’s now available to download on PC and to stream on NVIDIA SHIELD via GeForce NOW.

With a GeForce NOW membership (free for three months and $7.99 a month after that) SHIELD owners can stream a variety of PC games directly to their device via the cloud. Certain premium titles including Shadwen are available to purchase separately on GeForce NOW.

Shadwen isn’t merely about silent kills. Through a twist of fate, the game’s main character, Shadwen, finds herself protecting a young orphan named Lily as she embarks on her larger mission to kill the king. Lily’s presence may cause you to think twice about killing your foes. After all, you can use the environment to incapacitate enemies in a non-lethal manner. 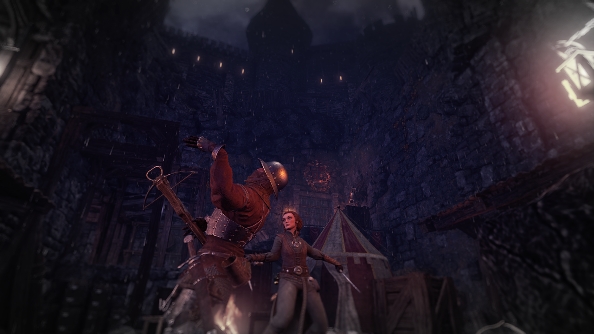 You can even manipulate time, which stands still as you do. Commanding the flow of past and present events offers good incentive to keep your enemies alive.

Or maybe not. After all, they’ll kill you if they catch you. Do they deserve mercy, even if ending their lives means doing so in the presence of a child? It’s your call.

Shadwen is available to stream to your SHIELD device via GeForce NOW for a special launch price of $14.44, which is 15% off its regular full price. Buying the game on GeForce NOW also gets you a free Steam download code the game on PC.