One of gaming’s most recognizable names gets a new outing on NVIDIA’s SHIELD Android TV, and it’s in its best shape yet. 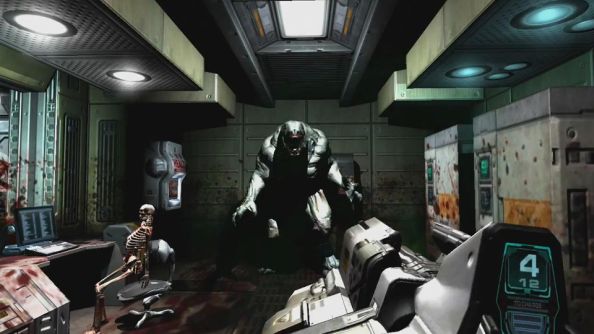 NVIDIA’s SHIELD Android TV is a must-have for your living room; not only is it a best-in-class set-top box, capable of wowing you with glorious 4K video in 7.1 surround sound, it’s also fantastic gaming system powered by NVIDIA’s top-end Tegra X1 processor. With its included controller you can play HD games streamed from NVIDIA’s GRID service, or you can download PC-quality Android games, many of them polished up especially for SHIELD. Among the first raft of titles is an absolute gaming classic: you’ve doubtless encountered Doom at some point over the years, but Doom 3: BFG Edition for SHIELD is the greatest version yet.

The main attraction is a thoroughly revamped version of Doom 3, which rebooted the original Doom in style. Set on a Martian research station, it pits you, as a lone space marine, against an unholy invasion of the worst that Hell has to offer, in a dark and often claustrophobic environment where every dark alcove probably hides something that’s about to leap straight out at you. 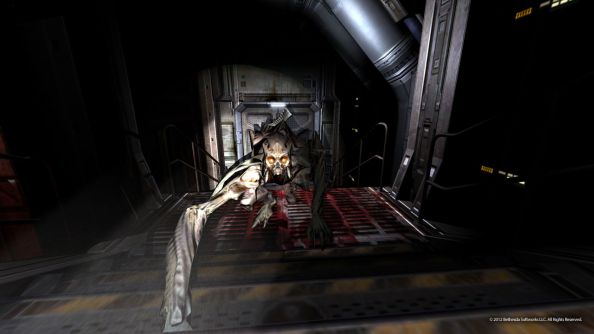 As well as improved graphics, this new version of Doom 3 makes one important change to the gameplay: it gives you an armor-mounted flashlight rather than the original’s handheld model. The handheld flashlight made for some tense moments, since you couldn’t use it at the same time as a weapon, but we very much doubt that anyone’s sad to see it go. Instead, bask in the glory of the SHIELD version’s rock-solid 60fps frame rate at 1080P; perfect for scaring yourself silly on your biggest TV.

Along with the remastered Doom 3, the BFG Edition also treats you to two extra helpings of demonic Martian action. Resurrection of Evil is set two years after Doom 3, and gives you some extra toys to play with in this new battle You get a Grabber that enables you not only to pick up and move heavy items, but also to catch fireballs and throw them back at the enemy, as well as an artifact called a Hellstone that can endow you with special abilities. Best of all is the addition of a double-barreled shotgun inspired by Doom II’s super shotgun, a beast of a shooter that can kill most enemies in one blast, but which has to be reloaded after every shot. 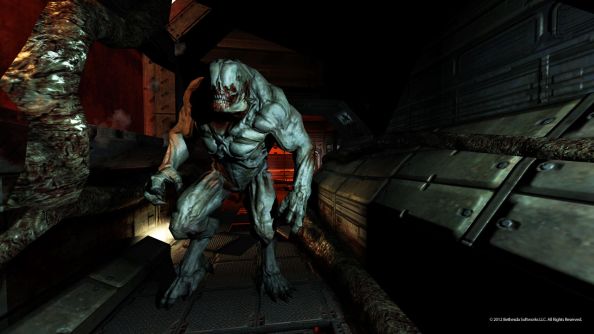 Also included is an extra episode created exclusively for the BFG Edition. The Lost Mission is set alongside Doom 3’s story and sees you as the last surviving member of the Bravo team, sent on a separate mission to destroy a teleportation array that could be used to send an army of demons to invade Earth. It’s another nerve-shredding, adrenaline-pumping delight, made even better seen on the SHIELD at 1080P.

There’s more to the BFG Edition than a massive portion of Doom 3, though; you also get to go back to where the whole Doom phenomenon originally started. At 21 years old it’s been showing its age for quite a while, but Doom still has plenty going for it; what it lacks in sophistication it more than makes up for in character and in blistering action. If you’re used to Doom 3’s slow and steady pace then be prepared for a shock, as Doom itself is terrifyingly fast and throws one hell of a lot more enemies at you, and as well as the original three episodes, you also get the extra episode, Thy Flesh Consumed, released in 1995, which will test your skills to the absolute limit. 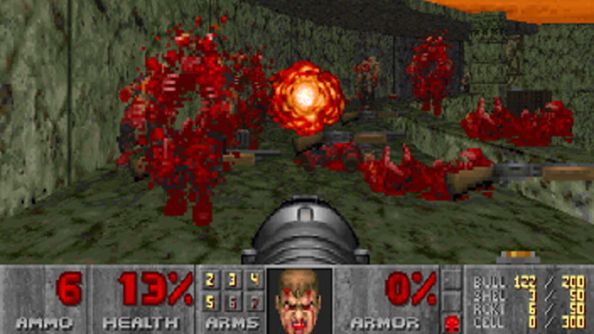 And of course the set wouldn’t be complete without Doom II. It’s bigger and better than the first game, with the addition of the mighty super shotgun, and it too comes an extra set of levels: No Rest for the Living, created for the Xbox 360 release of Doom II. Like Thy Flesh consumed it offers a much tougher challenge than the main game, and it takes advantage of having been developed for a much more powerful system than a 1994 PC by throwing even more monsters at you.

That much classic gaming’s pretty hard to resist, right? If you need a slice of the action, the NVIDIA SHIELD Android TV is now available to own, starting at $199. The game is available to download from Google Play for $9.99.