On December 1, Rainbow Six Siege will become the first new game in the tactical first-person shooter franchise seven years. It’s been a long wait, but the next-gen installment is shaping up to be well worth it. Here are six things you need to know about Rainbow Six Siege on PC. 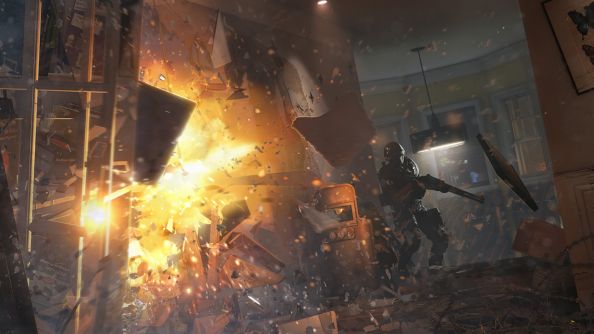 So long, Ding: you were the greatest name in gaming. Original protagonist and veteran of seven games, Domingo ‘Ding’ Chavez has of late been replaced by more customizable figures, most notably Bishop of Vegas 2.

Thanks to that Tom Clancy connection, you’ve seen Ding in the movies – in Harrison Ford thriller Clear and Present Danger he’s played by Raymond Cruz, a face you probably know best as terrifying drug kingpin Tuco Salamanca in Breaking Bad.

It’s for the thinking person

Planning disappeared for 2005’s Lockdown, and you couldn’t control any soldier in the squad – you were just Ding. Now the detailed maps and planning are back, so swot up on your SWAT tactics.

Picking your teams and their loadouts, checking floorplans, examining intel on enemy numbers and positions, and agreeing checkpoints and strategies were a unique staple of Rainbow Six, and it’s right they’re back. The series has long been praised for its realistic approach to teamwork and high-stakes assaults.

It’s all about the online 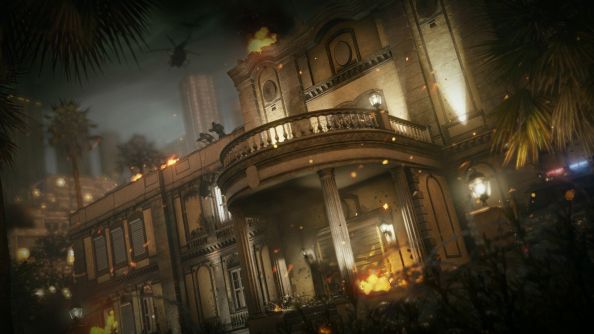 Stuffed as it is with teams of heavily-armed specialists, Rainbow Six is a natural fit for online play. The series has always gone big with multiplayer, with Attack & Defend and Terrorist Hunt modes being particular fan favorites. Expansion packs have been a regular feature, as have innovations like Team Leader, where your respawns end if your VIP dies. Try winning once every death is final…

…never having to say you’re sorry for repeatedly flashbanging somebody in the face. It’s also not your codename, or even that of your team – Rainbow Six is actually John Clark, director of Rainbow, your multinational counter-terrorist unit. Your boss, in other words. In another universe we’re all playing Tom Clancy’s John Clark’s Rogue Spear.

Your enemies are changing 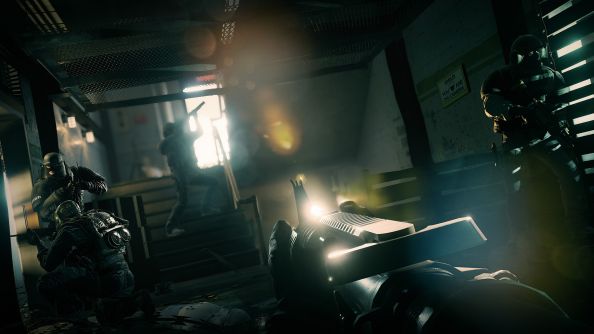 The Rainbow team has dealt with more than the obvious cold-war communists and eastern fundamentalists. It’s been up against ebola in the Brazilian jungle, the mafia in Russia, nukes in Norway, Nazis in Argentina, rockets in Dagestan, nano-tech viruses in Menorca, bomb-ships off Southampton, micro-pulse bombs in the Nevada Dam and chemical weapons in Vegas.

Rainbow Six started back in 1998, and was immediately a hit on both PC and consoles. Its nine main games and a host of expansions have appeared on every important platform there is: PC, Nintendo 64, Sega Dreamcast, PlayStations 1-4, Xbox, Xbox 360 and Xbox One. It’s also appeared on GameBoy, PSP and Apple and Android phones.

But if the first game defined the tactical shooter genre, its 1999 sequel Rogue Spear pushed further, emphasising stealth and full sniper support. It also had an innovative Watch mode, which let you guide your soldiers god-like from a place of safety, much like Lieutenant Gorman in Aliens.

From the very beginning, Rainbow Six emphasised multiplayer: it was, it many ways, ahead of its time.

NVIDIA has also released a new video showcasing the various cutting-edge GameWorks graphics technologies Rainbow Six Siege takes advantage of on PC including HBAO+ (horizon based ambient occlusion) and TXAA (temporal anti-aliasing). To take advantage of those graphical effects, NVIDIA recommends you play the game on a PC equipped with a GeForce GTX 960 for 1920×1080 gaming. Check out NVIDIA’s full system requirements.

For a limited time, NVIDIA is also offering the GeForce GTX Bullets or Blades bundle. Purchase a new GeForce GTX 980 Ti, 980 or 970 GPU, or 970M or above notebook and you will get a free copy of either Assassin’s Creed: Syndicate or Tom Clancy’s Rainbow Six Siege.