“…the amount of notebook sales and the success of Nintendo Switch has really changed the profile of our overall gaming business,” Huang says during Nvidia’s Q4 earnings call (via Seeking Alpha). “Our notebook business, as Colette mentioned earlier, has seen double-digit growth for eight consecutive quarters, and this is unquestionably a new gaming category. Like it’s a new game console. This is going to be the largest game console in the world I believe.” 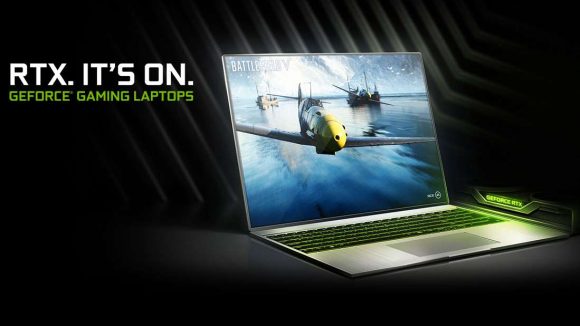 “…the reason for that is because there are more people with laptops than there are of any other device,” Huang continues. “And so the fact that we’ve been able to get RTX into a thin and light notebook is really a breakthrough. And it’s one of the reasons why we’re seeing such great success in notebook.”

Over 106m PS4 consoles were sold worldwide by December 2019, and the Nvidia Tegra-powered Nintendo Switch is fast approaching that total with 52.58m units in half the number of years.

According to IDC, gaming notebooks continued to grow by 12.7% year-on-year in Q2, 2019, and will continue to be the driving force behind gaming PC sales overall, including desktops. It’s a massive market, too, with some 19.4m gaming laptops (anything with a premium or performance grade GPU from Nvidia or AMD excluding professional-grade chips) forecast to have been shipped during FY2019. That puts them right up there with the fastest selling consoles.

It’s a peak Huang sound bite, nonetheless. But we wouldn’t expect anything less from the extravagant green team boss.