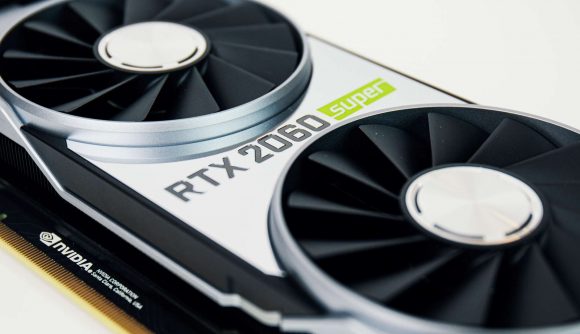 Nvidia CEO Jen-Hsun Huang believes that buying a graphics card without ray tracing at this point in time “is just crazy.” Speaking during the Q&A session for Nvidia’s Q2, 2019 earnings call, the Nvidia CEO outlined his belief in gaming’s ray traced future, and the growing trend towards ray tracing and RTX.

“At this point, it’s a foregone conclusion that if you’re going to buy a new graphics card, it’s going to last you two, three, four years,” Huang says, “and to not have ray tracing is just crazy.”

With the launch of Nvidia’s RTX 20-series graphics cards, led by the RTX 2080 Ti, last year, Nvidia introduced RT Cores into its GPU silicon capable of offloading ray tracing tasks. The company has been pushing hard for developers and publishers to get behind its proprietary ray tracing suite since. Most recently, the company launched its Super variant cards to compete against AMD’s RX 5700-series, which looks to be the likely reason for Huang’s reaffirming of the importance of ray tracing hardware, something AMD is yet to implement itself.

“You know ray tracing content just keeps coming out. And in between the performance of super and the fact that it has ray tracing hardware, it’s going to be super well positioned for all of next year.”

AMD’s RX 5700-series does not feature dedicated ray tracing hardware, but the company is expected to rollout its own silicon solution with the second generation of the RDNA architecture. Both the next-gen PlayStation and Project Scarlett from Microsoft will feature hardware-accelerated ray tracing later next year, so we’ll likely here more from team red on the discrete PC graphics variations around that time.

For now, Nvidia remains the sole ray tracing option for gamers, and among titles already announced with RTX this year you have: Cyberpunk 2077, Control, Watchdogs: Legion, Call of Duty: Modern Warfare, and Wolfenstein: Youngblood.