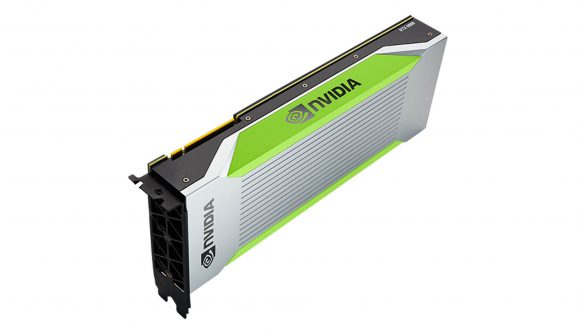 PNY has announced two new passively-cooled Nvidia Quadro RTX graphics cards, the Quadro RTX 8000 and RTX 6000. Packing the same 4,608 CUDA core GPU as the Titan RTX, possibly the best graphics card for gaming (and most ludicrous), these RTX series Quadros offer some of the best AI and ray-tracing performance – now in a fanless, server-friendly package.

These professional cards are built around the TU102 GPU, the same one found within the enthusiast-grade $1,200 RTX 2080 Ti. What differentiates them from the GeForce pack, aside from driver support, is the inclusion of GDDR6 memory above beyond the usual spec – 24GB on the RTX 6000 and 48GB on the RTX 8000.

But don’t be fooled by the latest PNY graphics card’s fanless shrouds (via Tom’s Hardware). These two 250W TDP cards require a little more than just a heatsink or two to keep them cool. In fact, they will likely operate under relatively chilly temperatures even against many actively-cooled designs, with the help of high-airflow server-grade fans.

Server fans effectively built to draw in colossal quantities of air through the front grill of a server and across all the internal components, before firing the hot air out the rear exhaust via the GPU I/O. They’re loud and rather chunky, but they serve a key purpose. With the likelihood of more than one Quadro card occupying the same server unit being relatively high, any radial fans are often starved for air anyways – hence the alternative of passively cooled cards congenial to server racks. 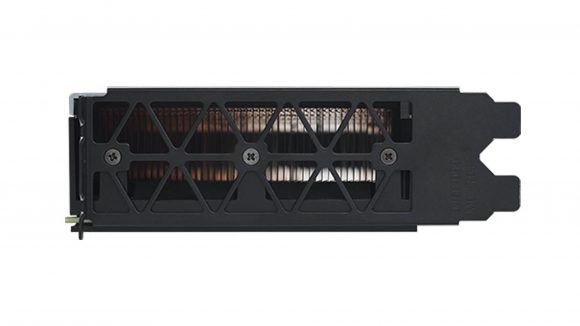 A GPU without any fans will also require less maintenance to ensure it stays frosty – of greater concern for data centre engineers running components all day and all night.

We don’t have a price to hand for the new passive cards – most professional, server, and workstation parts are subject to quotations – you can expect a price tag upwards of $4,000 for the RTX 6000, and perhaps a touch under $6,000 for the RTX 8000. And despite their passive design, PNY rates them to nearly the same performance as their actively-cooled compadre – pending capable exterior cooling, no doubt.