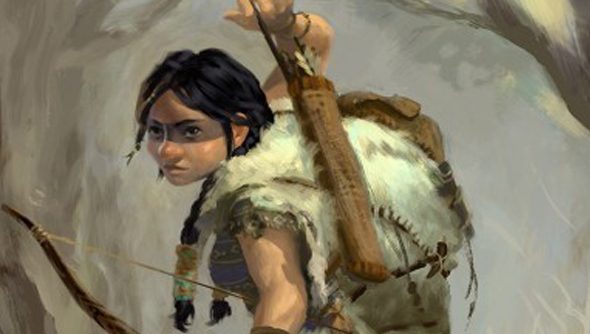 Project Eternity, Obsidian’s Kickstarter RPG, is going to happen. They’ve got the funding, and it’s only going to get more money from here as they have 27 days left and they’re already past $1.6 million. The funny thing is that there’s really not all that information about the game in the pitch video, and so Obsidian have gone and detailed a few of the systems in the game, specifically character creation and your companions, in an update on their Kickstarter page.

As much as they’re emphasising it’ll be a more nuanced take on the high fantasy tropes, the high fantasy tropes are still going to be in there. Dwarves, elves and humans are all going to be in there, but there might be an odd curveball here and there; the update mentions “the so-called “godlike””, which hopefully means there’ll be a little of Planescape’s weirdness in there.
More impressively, they’re aiming to have each race have ethnicities within them, so a dwarf from the south is more tanned and nimble than their northern brethren. If that’s an option during character selection, that’ll be a pretty impressive feat to pull off, especially if it has some impact on the events in the game.
Events which, supposedly, will react to your choice. “How you choose to deal with your situation is up to you. You can bear it with stoicism and restraint or fly off in a rage at anyone who gets in your way. The world will react to your choices.” Obsidian have been typically pretty good with that kind of branching narrative, so it’s no huge surprise that they’re aiming for it here. I’m just hoping with a less intensive engine they can spend more time on creating a truly reactive world.
As for who you’ll be adventuring with, you’ll be bringing up to five companions with you, although that is entirely optional. How you use them will be focused on formations in combat, where you can have a fixed set of arrangements for your party to take, and then cycle through them during the fight. In a way it seems more true to reality, forcing you to take the role of a leader rather than a psychic hivemind, although I’d be very surprised if there’s not more direct control available for those who want to micromanage.
Finally, they’ve given a bit of information on the setup of the game, which I’ll quote verbatim here:
“The play witnesses an extraordinary and horrific supernatural event that thrusts them into a unique and difficult circumstance. Burdened with the consequences of this event, the player has to investigate what has happened in order to free themselves from the restless forces that follow and haunt them wherever they go.”
Right now the project is at $1.6 million, which means a Mac version of the game, along with more story, but at $1.8 million, there’s a new race, a new class, and a new companion. At $2 million the player gets a house. You can look at the Kickstarter and figure out if you want to pledge here.