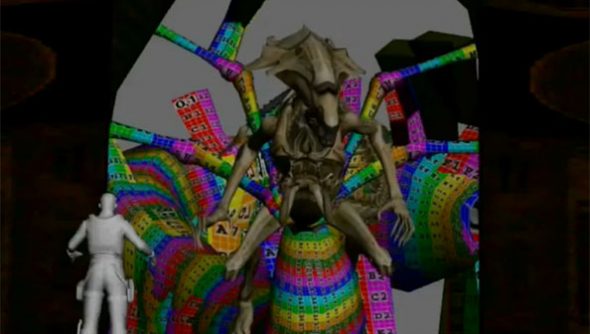 When the dust settles and the NDAs are lifted, it will be said that Aliens: Colonial Marines’ worst crime was that it made the most feared organisms in the great unknown look silly when they walked. And while there’s very little else we know about the other Aliens game Sega cancelled to wave Gearbox’s sorry shooter through, we do know that the Xenomorphs of Obsidian’s Aliens RPG stalked, squirmed and scampered in the appropriately unnerving manner. Observe.

The video was posted silently uploaded a month ago as a showreel for former Obsidian animator Danny Garnett.

Obsidian boss Feargus Urquhart told Joystiq a while ago that their Aliens RPG, which we now know to have been called Aliens: Crucible, was more or less “ready to ship” at the time of its cancellation. It had multiple marine classes, turn-based hallway encounters and lots of gear to swap and switch between.

Gearbox’s Colonial Marines doesn’t have any of those things. What it does have is an accidental pacifist route.