Facebook CEO (and, thus, Oculus owner) Mark Zuckerberg has announced a new standalone VR headset, priced at $199 and due for release “early next year.” A “temporary” price drop for the Rift and Touch bundle to $399 is now permanent.

Tempted? Here are some of the best VR games on PC that you could be playing.

The news comes from the Oculus Connect 4 conference today, as reported byArsTechnica. The new headset is named Oculus Go, and is intended to obviate two of the biggest obstacles to widespread VR adoption: price and hardware. At $199 and without any need for a high-end PC, Oculus Go will be one of the most affordable and user-friendly headsets on the market. It’s telling that it will launch with day-one compatibility with the entire Samsung Gear VR library, according to Oculus’s head of VR Hugo Barra. 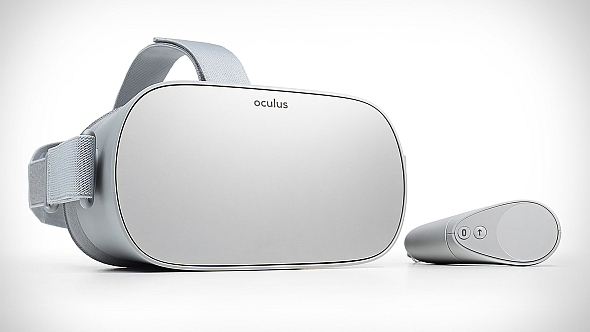 It’s all to serve the ambitious goal that began Zuckerberg’s presentation at the conference: he wants to get a billionpeople using Oculus VR products.

“If we’re going to get a billion people in VR, we have to work on both affordability and quality. We have to find the sweet spot in the middle. The high quality experience that doesn’t tether anybody to a PC,” says Zuckerberg.

And on that note of “high quality,” you’re naturally wondering about performance. There’s no word of refresh rates, but it seems resolution isn’t going to suffer – Oculus Go offers a very competitive 2560×1440. It will change from OLED panels to fast-switch LCD ones, which explains part of its affordability.

So more details are needed, but between this and the aggressive price cut for the Rift and Touch – one of the leading PC-based VR packages – Oculus’s offering is getting more and more tempting.