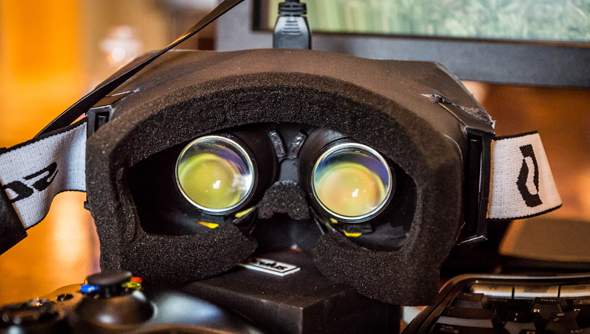 Oculus have managed to beef up the displays housed in their virtual reality headsets, and just in time for E3, too.

The displays inside the Rift are simply repurposed mobile phone screens. According to The Verge, who went hands on with the new devices, the upgrade was achieved by switching out old, less defined mobile screens, for more recently released ones.

The devices on the show floor at E3 are only prototypes and there’s no word as to when the new displays will be integrated into developer kits and the eventual consumer model but it’s comforting to know the process of upgrading the machines is as simple as slotting in some new screens.

Also on show at E3 was the Rift’s applications as a virtual cinema. Apparently it “makes it look and feel like you’re in a movie theater, from the seats to the lights in the aisles”. It’s a novel idea, personally I’d rather just have the straight-up film locked to my face, but cool nonetheless.