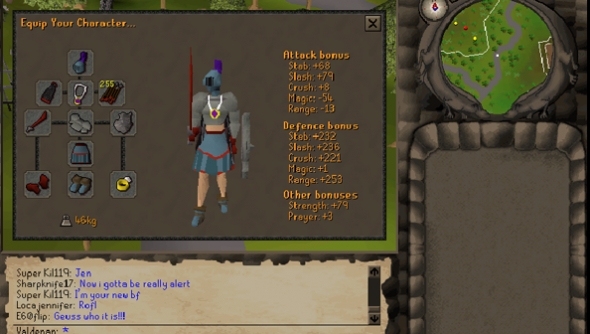 I remember 2007’s Runescape. That was about the time I’d look over my younger brother’s shoulder as he eyed his homework distrustfully – knowing fine well that somewhere in another tab, cardboard Flash people were hacking at rocks or each other with lead-grey pickaxes.

Since then, the game has moved on in hops (more quests), skips (combat system upgrades) and jumps (a fundamentally new graphics and audio engine). But nostalgia comes even to the young, and today sees developers Jagex launch early access to Old School Runescape.

Exactly how much time and effort Jagex will devote to Old School Runescape in the coming months and years will be determined by a player referendum next week. Incredibly, the Cambridge developers are prepared to stick an “additional full blown development team” on the job if desired – presenting the tantalising possibility of an alternate timeline Runescape, which will grow in different and new directions in accordance with player voting.

“There’s always a certain amount of nostalgia when talking about anything to do with the past,” said Jagex CEO Mark Gerhard in a statement today. “So we needed to be sure that Old School RuneScape was something that a reasonable amount of our players genuinely wanted, rather than just something that they had a passing interest in and with over 250,000 votes already cast, the popularity of this initiative is clear.”

Early access to the 2007 servers is now open to those who participate in the vote before its conclusion on March 1st, with an official launch to follow in the near future.