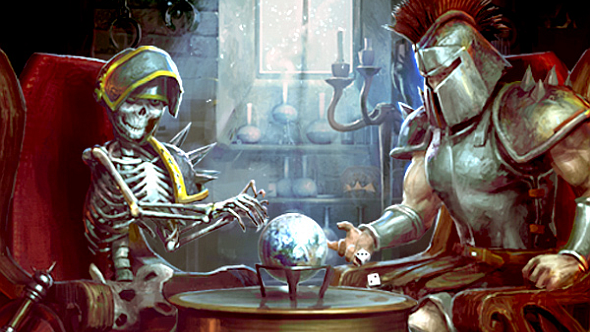 Update: Jagex has given a statement on a severe bug introduced in the latest version of Old School Runescape. Here’s what the developer had to say:

“Old School RuneScape was taken offline by Jagex this morning at 11.49am BST, just 19 minutes after the update that introduced the bug went live. A rollback, the game’s first, is planned to take place in the next few hours to rectify the situation, taking it back to just before Old School RuneScape was updated. We do not have an estimate for the amount of gold generated during the time the bug was live, however the imbalance should be fully resolved when the rollback is complete later today.”

The bug to which Jagex is referring was exceptionally severe, in that it essentially broke the game’s entire monetisation model and in-game economy. Read on for details on exactly how, though given the bug was only live for 19 minutes, and that the game will be rolled back to before its introduction, there will be no long-term damage.

For more games like this (with no guarantee of unlimited gold), check out the best MMOs on PC.

Basically, the bug would generate stacks of money, and in no small quantity – these stacks contained the most coins it was possible for them to contain. That’s 2,147,483,647 (because OSRS’s 32-bit integers cannot store a higher number). Moreover, as confirmed by a developer on Twitter, the stacks would spawn every time a player died provided they had certain items.

For a little context, a simple iron sword costs 91 coins in Varrock’s Swordshop, while player houses range from 5,000 to 25,000. The game’s most expensive items can run well into the hundreds of millions, but obviously that’s nothing when you can get two billion in a single drop. However, making players rich wasn’t the real problem.

The problem is Old School Bonds. The basic version of OSRS is free-to-play, but most of its content – including many skills and quests – is members-only. You can pay for membership with real money, but also by redeeming Old School Bonds, which can be bought with in-gamecurrency.Bond prices fluctuate, but generally they cost a hell of a lot… unless, of course, there’s a bug that gives you practically unlimited gold. ThisReddit commentsuggests that players did indeed catch on and “redeemed bonds with the money” they got from the bug, concluding, emotively: “OMEGALUL.” Omegalul, indeed.

Here’s the latest from Jagex– essentially, the rollback is now underway, but “there’s no ETA as to its completion.”

Given the severity of the bug, a total rollback of today’s update (patch notes here) was always the likely outcome. The associatedReddit threadis calling it the “biggest f**kup in RuneScape history”.

If you fancy seeing the bug in action, the OSRS Twitter account has attracted a few clips (and arch reactions) – here’s one from streamer ‘Purpp’.

We're turning Old School RuneScape off for a while whilst we investigate a potential issue. Apologies for any inconvenience, we'll return service as soon as we're able to!

At time of writing, the game has been down for almost six hours.