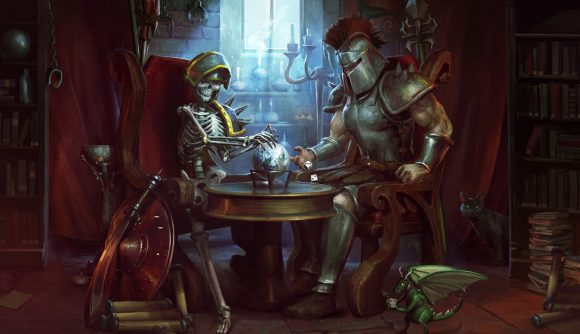 RuneScape comes of age today, as Jagex’s MMO reaches its 18th birthday. While there aren’t many games out there that could reach such a ripe old age while maintaining a functional playerbase (although I imagine World of Warcraft will get there relatively soon), it looks as though Runescape is doing just fine.

As well as announcing RuneScape’s impending adulthood, a press release issued by Jagex earlier today revealed that the game is currently experiencing its highest ever figures for both paid membership and monthly active users. The game and its developers also surpassed several other major milestones during 2018.

Much of the growth over the past year has been driven by the launch of RuneScape on mobile. More than five million people have installed Old School RuneScape on iOS and Android since its launch in October. When combined with the franchise’s PC audience, Jagex saw a record number of premium memberships over the Christmas period. All of those new memberships helped break a record that had stood for more than a decade, set in 2008.

All of those extra players have had a pretty big impact on the rest of the game’s user base. RuneScape’s monthly active user count has doubled since 2017, with many of those players arriving in the last few months. And all of those new arrivals have helped push RuneScape’s cumulative lifetime revenue beyond $1 billion.

If you’ve been planning to get into RuneScape now that it’s on mobile, check out our beginner’s guide to Old School RuneScape. It should make your first few hours in the game a lot easier than mine were back in 2005, when I could barely figure out how to leave Lumbridge Castle courtyard.