OlliOlli World is the perfect sequel – and you can get it here, coincidentally. It’s easy to jump into whether you’re new to the series or you’ve nailed every combo and trick in the previous entries. It stays true to the core focus of linking simple tricks across long chains, while also expanding the menu of tricks themselves, the levels you execute them in, and the relationship between the two. It takes a huge swing on a new art style and invests heavily in approachability. However, despite all of this, each change feels like it’s been a part of the series since the start. Roll7’s eagerly anticipated follow-up is a stellar skating experience.

It’s also pretty difficult. As you travel through the five regions of Radlandia, you’ll start out skating some pretty simple courses and learning basic tricks, but the difficulty ramps up rapidly as you hit the midway point and beyond this I had trouble finishing most of the tracks in a single run.

The new checkpoint system comes in handy during these moments. Much of a level’s difficulty comes from not knowing what set of bonkers obstacles and gaps you’re barrelling towards next, so being able to break each level up into sections makes them significantly easier to learn and master.

Even with checkpoints, there are some sections that will test your patience, but the joyous simplicity of OlliOlli World’s trick system helps stave off any creeping frustrations. You perform most of your tricks by flicking the left stick around like in a fighting game, a holdover innovation from earlier entries in the series, and then modify them with grabs, manuals, and transitions. 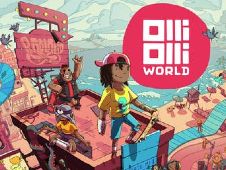 But besides just increasing the number of tricks you can do based on stick rotations, you’ll also find new moves like wall riding and staircases you can manual down, all of which combine to make OlliOlli World feel more mechanically dense than even some po-faced skateboarding games. You’ll also be learning how to do more and more advanced manoeuvres like late-tricking and grind-switching, which keeps the difficulty curve from cresting too soon as you approach the end of the game’s main campaign. 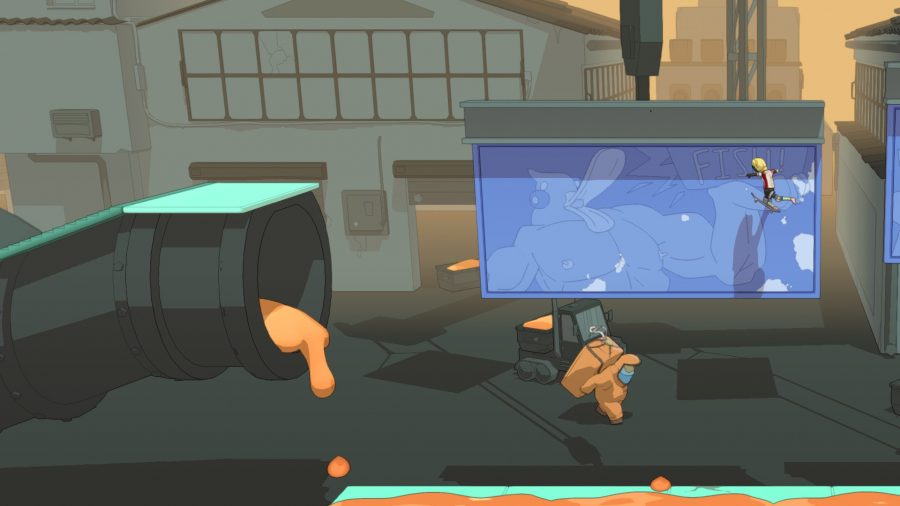 There are always fresh skills that you can take back to early levels and use to beat high scores – it’s a naturally replayable, almost meditative gameplay loop. I still don’t have a handle on all the tricks, but the pace at which new techniques are introduced, and the fact that opportunities to use them are so seamlessly layered into every track, gives me the confidence to move on even if I haven’t perfected a new technique.

That’s because progression isn’t gated by perfection; most of the time all you need to do to unlock a new level is reach the finish line. Stomping, a mechanic based on fiddly, precise timing, was necessary to land tricks at their full values in previous games, but it’s completely optional here; another tool in your bag to utilise if you want to keep momentum going between moves.

Short of hitting hazards or falling off into a pit, there are surprisingly few ways to crash and burn. If you land mid-rotation, for instance, you’ll get a points deduction rather than collapsing in a heap of broken bones. When you don’t need to worry about timing or momentum, you’re free to just try stuff without feeling like it will severely impact your run. 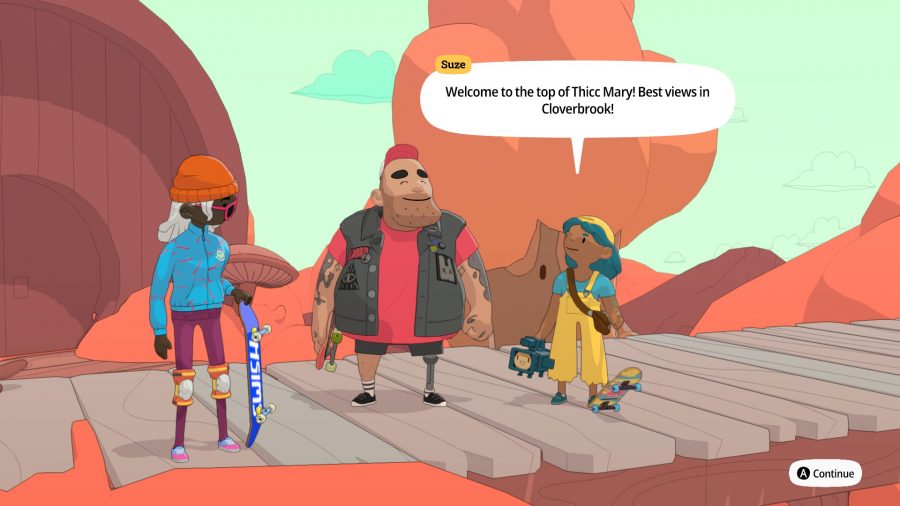 The stages themselves range from straightforward slaloms that prioritise speed and slick tricking, to intricate, technical courses that demand precisely timed jumps, grinds, and lane-switches if you want to eke every last point out of your combo. Late-game courses feel closer to a traditional 2D platformer than a skating game, offering a surprising amount of exploration opportunities via secret shortcuts and loops.

Side objectives, unfortunately, are a bit hit and miss. The good ones revolve around exploration, asking you to unpick their winding tracks to find a particular item, or solve a pathing puzzle to high-five a character multiple times in one loop. However, most just task you with grabbing collectibles or avoiding certain creatures, which usually comes down to memorising the level or simple trial and error – there’s no real light-bulb moment when you figure it out. None of these objectives are bad or overly laborious, but the cleverly designed ones make their bland counterparts stick out like a sore thumb.

Speaking of sticking out, OlliOlli World looks incredible. The vibrant colour palette is expressive and charming, and though the style is clearly inspired by TV shows like Adventure Time, it doesn’t feel overly derivative. NPCs are offbeat weirdos that come in all shapes, sizes, and species, each dressed and written in a way that’s celebratory of this imaginary island nation that spends every waking moment in love with skating and all of its permutations.

Biomes glide from sunny beaches to gloomy urban sprawl, filled with breezy shore kids and rough and tumble city punks respectively. Many tracks, especially towards the end, are visual feasts featuring big wall rides or grinds that pull the camera out wide so you can take in the complete vista. 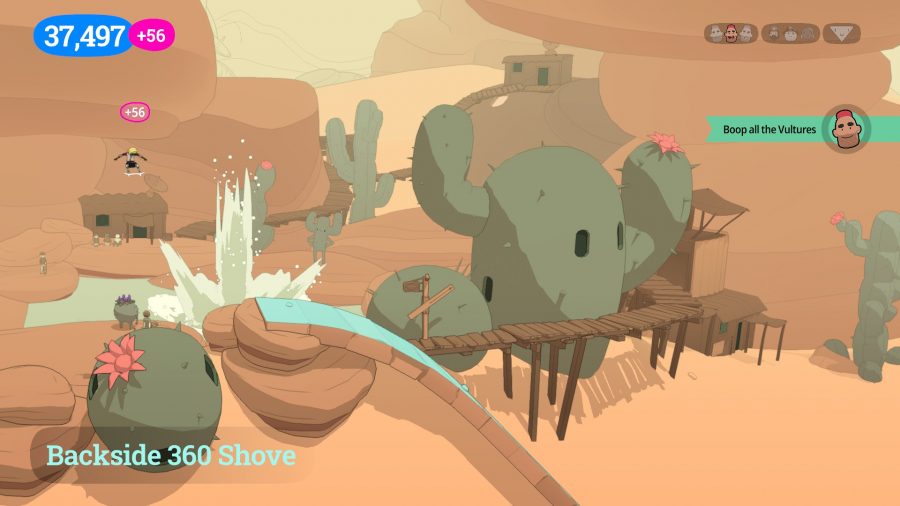 There are chances to do ridiculous things in these levels, with memorable micro moments like grinding on pyramids, sliding across waterfalls, and tricking over UFOs. Every inch of Radlandia’s five districts has personality, and every smiling face and singing voice you hear along the way wants – no – needs you to know that you’re rad.

OlliOlli World takes all of the mechanics that made the first two games so loved and smooths away the rough edges so that it’s more approachable to newer players. The dizzyingly high skill ceiling hasn’t gone anywhere, and the new tricks ensure there’s even more to master this time around for folks who want that challenge. And while the visual overhaul is massive, it confidently sticks the landing: accentuating the warm, fun-loving vibe that the series is rooted in.

Its approachability and poppy, colourful presentation make diving into densely packed levels and chasing high scores feel like a warm hug before the white-knuckle drop in.