“So I’ve been playing Lego: Lord of the Rings. If I were to load up OnLive, and connect my Steam account right now, I could just pick up where I left it?”

“Yes,” responds Bruce Grove, OnLive’s UK General Manager, “CloudLift will pull the savegame down from Steam’s cloud, open it on one of PCs in a datacenter, and you can start playing it from there.”

So, OnLive are back. Or at least, back and talking. The streaming service, that allowed players to use PCs in datacentres across Europe and the US to play high-end games on low-end devices like tablets, has had a rough few years. In 2010, investors were told they had lost their stakes in the company: the assets were sold off, and a new company was formed. Since then, although the service has remained online, and, as Bruce proudly states, “we haven’t had a single outage”, OnLive’s team has been in silent running.

CloudLift is their first go at showing the world what they’ve been working on. 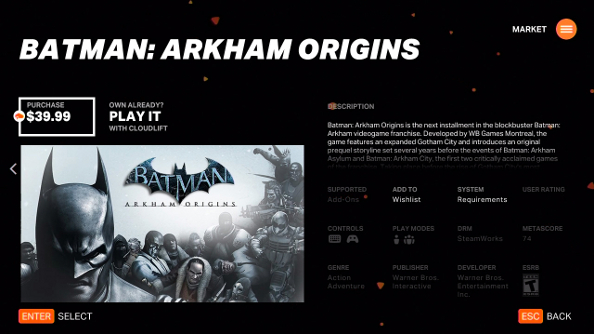 It works relatively simply. If you connect your Steam account with OnLive service, OnLive are granted access to your Steam saves. They both cache your saves on their servers and will check in with Steam for updates when you log in. If you choose to play a game they support, they’ll load the savegame, and off you fly. The game, using the savegame, is then streamed to the tablet/cheap laptop/work PC that you’re playing on, via the OnLive client.

It’s just part of a quiet series of improvements that are coming to the service. An upgrade of the PC’s OnLive provide means that the games the service runs will be able to be displayed with higher details settings, although Bruce doesn’t say exactly what spec they are, he says they’re the equivalent to “mid-high end gaming rigs.” At the client end of the service, the player is now able to decode streams of up to 12Mb/s – if you have the broadband service to match.

There’s also a new business model aimed at free-to-play publishers: OnLive can provide a streamed client for MMOs that allows players to leap into the game with only a very small download. If, for instance, an MMO publisher sees that players aren’t even getting past the character customisation portion of their game, they can have that running instantly via stream, all while the rest of the game is downloaded in the background. War Thunder will be the first game to use the technology.

There are complications. CloudLift relies on publishers to support the service, and although there’s very little tech work for them to do, there’s always the business and technical issues. Right now, 22 games are working with the service: including the Batman and Lego games. Bruce says that CloudLift is platform agnostic – it could easily be applied to cloud-saves stored via EA’s Origin or Ubisoft’s uPlay, but they “just haven’t got to that, yet.” 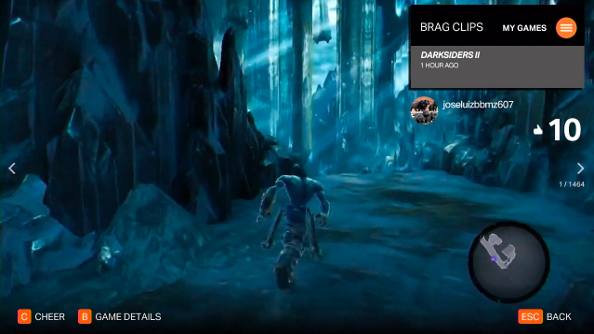 22 games will support the service at launch, including Batman: Arkham Origins, Strike Suit Zero, Dead Island, Saints Row and Metro 2033. OnLive say that “These are just the ones added in the last engineering cycle, so what we’ll have out of the gate. Expect that to double very quickly, and be in step with launches going forward.” The games I’d love to see using the service: specifically the Civilization, Crusader Kings, and Total War series, aren’t available. Yet.

And there’s the cost. As the service opens to users, OnLive will be charging $14.99/£9.99 per month for CloudLift. That’s separate to the $9.99/£6.99 month they already charge to play the games in their PlayPack – a Netflix style service that allows users to stream a selection of games. Users that currently pay for the Play pack will have to pay more to access CloudLift. But to use the CloudLift service, players won’t have to pay for the PlayPack.

But, it works. It’s clever, it’s effective and it’s very well engineered. No matter how many times I tinker with the service, I’m always a little bit surprised that it even works, let alone works well.

Maybe, at least, it’ll give me more opportunity to dunk Lego Frodo into Lego Mount Doom.