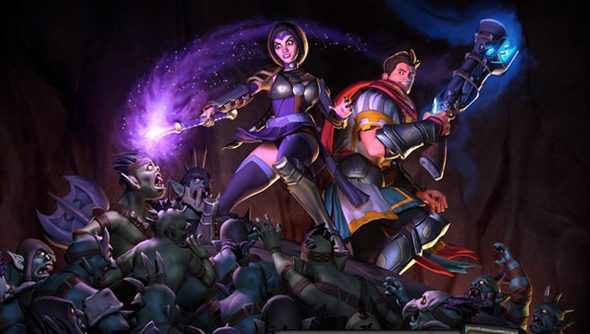 Orc-smashing sequel to orc-smashing original orc-smasher Orcs Must Die!, Orcs Must Die! 2 has just received a demo in which you smash orcs. The action strategy, third-person tower defence game releases on Steam on Monday, but if you’re presently uncertain as to your stance on orc mortality, the Orc Must Die! 2 demo is more than happy to let you root around the game’s first two levels as a taster. A sort of orcish apértif.

Available are the Sorceress and War Mage characters, who have access to a selection of the sequels new traps and upgrades. Here’s the announcement trailer, in which orcs die:

Developers Robot are also bringing their popular iTelephone game Hero Academy to Steam on August 8, which will include an exclusive set ofTF2 characters. Not to detract from the excitement of an Orcs Must Die! 2 demo, but Robot havemade a clever teaser for that one and all: