Winter War covers the titular Winter War, which sees the Soviets attempt to conquer Finland; the Continuation War, where Finland and Germany invade Russia; and finally the Lapland War, where the Finnish forces have to chase the Germans out.

When the Red Army moved into Finland, at the start of the Winter War, it had clear tank and air superiority, as well as a numbers advantage, but after Stalin’s Great Purge of 1937, the army lacked leadership. 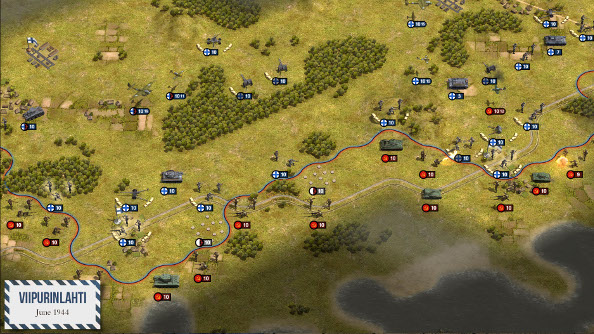 “A war in which a small but resourceful army faces an enemy which relies on large numbers of poorly motivated troops under an uninspired leadership lends itself very well to a strategy game,“ says Cuturic. “At least when you put the player in control of the former!”

While the historical ratio of troops isn’t followed in Winter War, the Soviets always have a numbers advantage, assaulting the Finnish forces with wave after wave of frontal attacks. It’s not all bad news for the Finns, however. Their troops are more specialised, like the ski units, and fighting on their home turf means that they don’t suffer from supply issues, unlike the Red Army. And then there’s the climate and terrain.

“The most obvious new feature in Winter War is, of course, the winter climate,” explains Cuturic. “It has an impact on the movement speed of units over any terrain type, especially when combined with Finland’s harsh terrain and distinct lack of good roads. This will force troop formations to a narrow front or even a single road, constantly facing the threat of ambushes or flank attacks.

“Winter also means ice: units can travel across frozen lakes and rivers, but this flat open terrain offers no defensive advantages, and no entrenchments can be built here to improve that. As a result, bodies of ice often become an area of no man’s land between the front lines of both belligerents, only used during offensive maneuvers or retreat.” 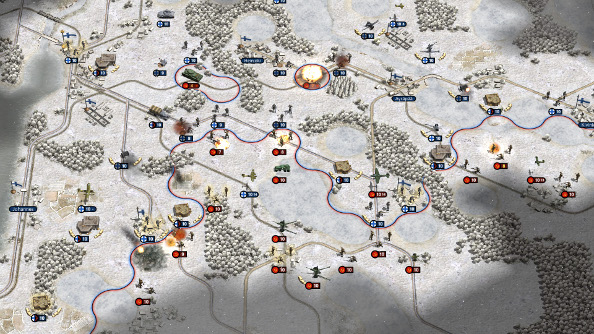 The three wars will offer up a variety of defensive and offensive scenarios in one continuous campaign. Cuturic notes that while the wars will follow their historical path – the Soviets will come out of the first war victorious, though at great cost – player performance will create advantages later on.

They aren’t traditional wars, though.

“One of the unique challenges in this expansion is dealing with enemy tanks,” Cuturic says. “The Finns cannot purchase any tanks of their own, instead having to rely solely on captured equipment or foreign imports. These are often linked to secondary objectives, and there are never enough machines around to match the Soviet armor formations head on.

“Instead, players will have to use a mix of AT guns, Molotov cocktails and ambush tactics to halt and destroy any Soviet tank incursions. The feeling of panic you get when Soviet light tanks charge forward where you were not prepared to fight them is quite unique!”

Winter War promises new challenges and scenarios that should keep returning players busy, as well, like making use of frozen lakes and open snow areas to manoeuvre their troops into surrounding the enemy and cutting it up into smaller, bite-sized pieces. That’s the Motti tactic, made infamous by this war.

Our ‘The World in Wargaming’ series is created in association with Slitherine. Order of Battle: Winter War is due out soon and is currently in beta.