This week, we return to the Order of Battle series ahead of the launch of the new Blitzkrieg campaign. So far the series has tackled the Pacific and Soviet theatres, but now it’s time to head west. 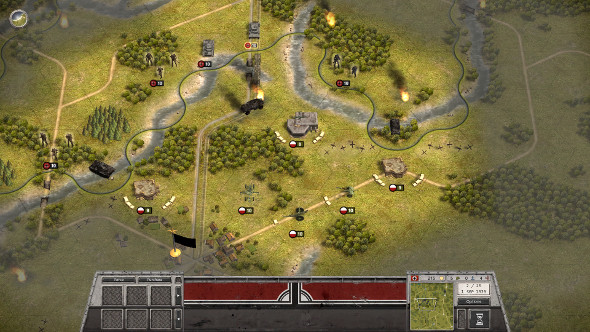 The Blitzkrieg campaign kicks off in 1939, with the Wehrmacht marching into Poland, and continues up to and including the German assault on Moscow in 1941. Commanding both the Wehrmacht and Luftwaffe, you’ll fight through 12 scenarios with and against over 200 new units as well as some new minor powers.

The headline units are the new German troops and vehicles. There are stalwart, expected units like the German medium tank, the Panzer III, which dishes out plenty of punishment to other tanks. You’ll want to make sure you have some of them in your invasion force to protect other vehicles, and soldiers too, from enemy tanks. There are more unusual units, too. Complete a special objective and you’ll net yourself a powerful armoured train with mounted guns. The train can move swiftly across the map, utilising the extensive rail network.

Scenarios don’t take place in a vacuum either, as core units can be carried over from scenario to scenario. Beyond that, The Aristocrats also have plans to let players carry units over to new campaigns that contain the Wehrmacht, so you’ll be able to start with your own specialised force in future expansions. 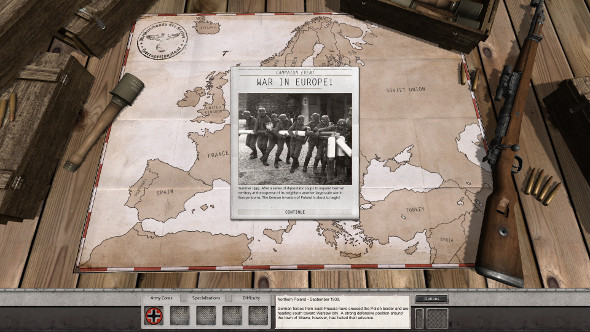 Speaking of specialisation, that’s one of Order of Battle’s new features, appearing alongside the launch of Blitzkrieg. At the end of a scenario, instead of getting one or two arbitrary choices, you’ll instead be faced with a series of upgrades for units that can be bought with points gained for completing the scenario and its secondary objectives. Some you can unlock instantly, but others only become available after a certain date, or once earlier upgrades have been grabbed.

The upgrades run the gamut from early-game specialisations, like winter gear that removes combat penalties when fighting battles during winter, particularly handy in freezing Russia, to late-game upgrades like beutepanzer, a specialisation that let’s you purchase new equipment that’s essentially been pinched from the enemy. Air and naval units get their own specialisations, as well, increasing radar range or increasingly the veterancy of newly purchased units.

The system not only gives you more control over your forces, allowing you to create, essentially, your own custom army and air force, it creates an extra incentive to complete extra objectives and not just be content with victory. It’s another reason to play through scenarios again, too, experimenting with different combinations of specialised units or attempting to complete that one last secondary objective you missed last time around.

If you’ve already got Order of Battle: World War II (you can download it for free on Steam), you’ll be able to play the first scenario, which sees the Wehrmacht pushing through Poland, on its way to Warsaw, for free. 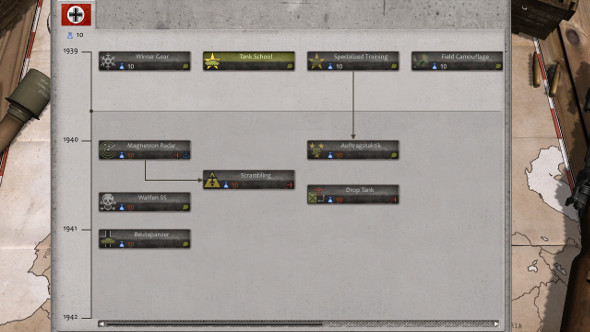 That’s it for now! Come back in a fortnight for the next installment…

Our ‘The World in Wargaming’ series is created in association with Slitherine. Order of Battle: Blitzkrieg is coming soon.