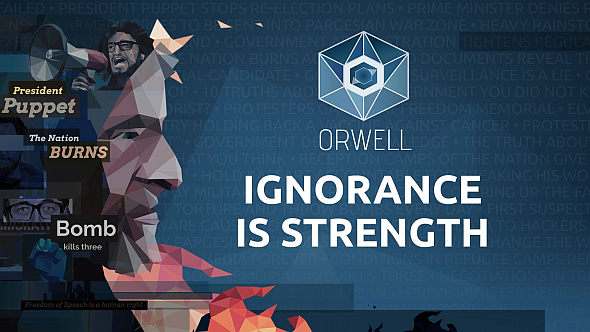 The episodic political game Orwell is getting a second season. It’ll tackle the rise of alternative facts and the so-called post-truth society.

For more clever passion projects, check out the best indie games on PC.

Orwell: Ignorance is Strength is inspired by the changing ways we consume information – through social media echo chambers, or after the rise of ‘fake news’ and ‘alternative facts’.

You’ll play an official who is part of the top-secret department of the Orwell programme, given the power to uncover and fabricate ‘the truth’. You’ll have to decide how far you’ll go in exercising that power to resolve a political crisis that threatens the security of your country; is the truth sacred, no matter what? Or is there a strength to be found in ignorance? 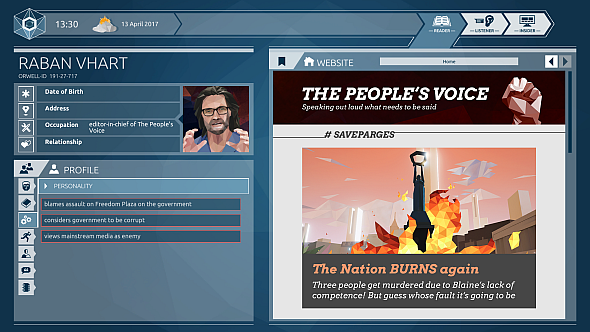 The game is due to release in “late 2017” in three episodes. It’s the second season of Orwell: Keeping an Eye on You, an episodic surveillance thriller released in weekly instalments in October and November last year. If it passed you by, it’s available on Steamfor £6.99 ($9.99).