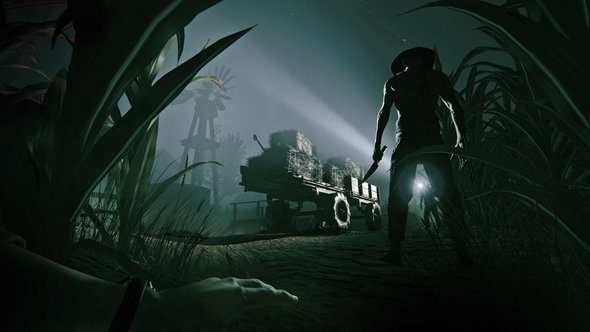 Outlast 2 released on April 25 to mostly positive reviews. The sequel to one of 2013’s best sleeper hits takes the series out of the asylum and into north Arizona, with a distinctly hillbilly vibe to the proceedings. However, not all of the comments have been positive and developers Red Barrels have addressed some of these issues in a patch released yesterday.

Can your system run Outlast 2? Check the recommended specs to find out.

One of the main complaints was the sheer difficulty of the game. The ‘found footage’ style of gameplay, one of the main quirks of the series, requires the player to look through a camera in order to utilise its night-vision capabilities and see enemies in the dark. Of course, this uses up battery power which has to be replenished regularly. With many players complaining that the battery drained too quickly, Red Barrels have now tweaked things to ensure that the camera’s microphone, which is used to locate enemies through walls, no longer uses extra batteries.

On their Steam community page, the horror devs clarified their intentions by stating that the patch “introduces some minor adjustments to the game’s difficulty in key areas and moments. On Normal difficulty this will offer players a more appropriately balanced experience while still maintaining higher levels of challenge on Hard and Nightmare difficulties.” There were also a fair few standard bug fixes and minor alterations.