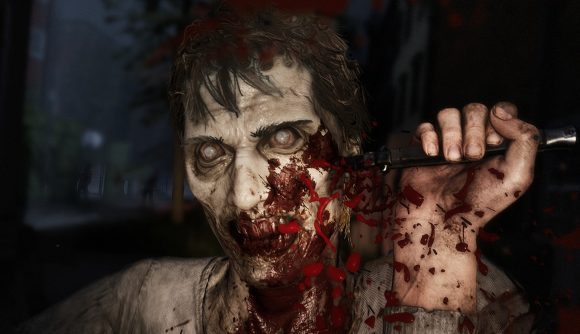 Overkill’s The Walking Dead launched earlier this month to minimal acclaim and poor sales. That’s led to cost-cutting measures at publisher Starbreeze, and now the company has slashed prices on the game itself, too. You can now get a ‘Starter Edition’ of the game for half the standard price, but you won’t get the new content that’s now trickling in.

The Starter Edition is available for $29.99 / £24.79 / €24.99. It includes all the content that shipped with the base game, but it won’t get the free season two additions that began this week. You will get the opportunity to play the new levels if you join up with a friend who owns them, but that won’t get you access to the new weapons or characters. You also won’t be able to play those levels in standard matchmaking.

If you want anything from season two, you’ll have to buy it separately. The first episode, No Sanctuary, is available for $7.99 / £5.99 / €6.99 to Starter Edition owners, though the developers say in the FAQ that further releases could vary in price depending on how big they are. The DLC included in season two is planned to be worth over $40, so you’ll get a slightly better deal if you stick with the Standard Edition.

This all comes after Starbreeze reported lower than expected sales revenue for the game. Chairman Michael Hjorth said “This is disappointing, of course, but we have a base to work with in regards to the number of games sold. We have a pulse of concurrent players, which is essential to future performance within the framework of our games as a service concept.”

That player count tends to hover between 1,000 and 4,000 players, according to Steam Charts. That’s just enough to keep a multiplayer game alive, but this is intended as a follow-up to the rather successful Payday 2 – a game which this month still averaged triple the players that The Walking Dead is managing.

Check out the best co-op games on PC if you’re still uncertain about digging into Overkill’s The Walking Dead. There are plenty of options in the genre if this price cut isn’t enough for you.