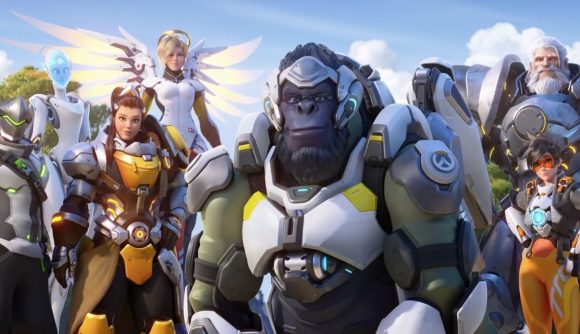 Michael Chu has been involved in helping build narrative-driven games from Knights of the Old Republic II to Diablo III, but he’s best known as the lead writer of Overwatch. Despite its lack of a traditional narrative, Overwatch has one of the most beloved settings and some of the most recognisable characters in modern gaming. But now, Chu is moving on to new ventures outside of Blizzard.

“As I head out through the Blizzard doors for a last time,” Chu writes in his announcement, “I have new dreams: to continue to tell these stories and build worlds that unite people through games. To help create an inclusive world where more people will want to share stories that reflect their own experiences. I hope it’s something we can build together. That’s the future that I believe in.”

Chu doesn’t offer any specific details on where he’s going next, but says that Overwatch’s focus on diversity – and its success in making players empathise “with a story about someone who is not the same as them” – has inspired him to pursue similar ideas.

It’s a curious time for Chu to head out, as Overwatch 2 promises to have a much stronger focus on story than its predecessor. The Overwatch 2 release date is still a long way, but Chu was already credited as its lead writer, and will likely leave a strong influence on whoever fills that void next.

Twenty years after first walking through the doors at Blizzard, I’m moving on to new adventures! Overwatch has been an amazing experience and one that I will treasure forever. Thank you to everyone for your support over the years! https://t.co/rG4zPe9SGC

Michael Chu first joined Blizzard in 2000 as a tester on Diablo II and Warcraft III, before becoming an associate game designer on World of Warcraft. In 2004, he briefly left to work with Obsidian as a designer on KotOR II and Neverwinter Nights 2, before returning to Blizzard in 2005, where he’s been ever since.