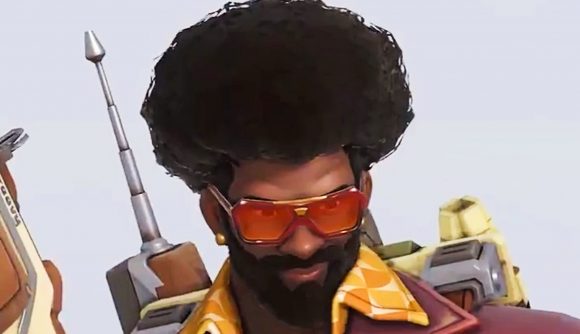 It’s nearly Overwatch’s birthday, so we’re having our yearly blowout to celebrate. Blizzard took to Twitter to reveal that Overwatch’s 2021 Anniversary event kicks off May 18 and is hanging around until June 8, as it usually does.

We’re getting our usual new selection of skins and lovably quirky dance move emotes, which means I have something to do on the payload in the game’s quieter moments. We’ve not seen everything on offer yet, but we have caught a glimpse of Funky Baptiste, a skin that makes Baptiste funky, indeed. It’s all there: big shades, flare trousers, and a barely buttoned up shirt. Fans have taken quite a liking to it, so it’ll be a tough one for Blizzard to beat going forward.

We’ll likely see more skins as we get closer to the event, but you’re also getting the chance to nab all the skins, emotes, and sprays from years gone by. You’ll be able to earn them through the game’s loot boxes or buy them outright if you have enough currency saved up.

Light up the dance floor.

Groove past your enemies as Funky Baptiste when Overwatch Anniversary returns on May 18. pic.twitter.com/OzmqU9L1pw

We don’t have an Overwatch 2 release date just yet, but we’ve wrangled all the details together for your ease. That said, we are getting a peep at the game’s PvP this week. Overwatch’s new director Aaron Keller told fans in his first developer update that a livestream will take place on May 20.

“Just to set expectations, everything that we’ll be showing is under development and still a work in progress,” Keller says. “And we will be talking more about Overwatch 2’s PvP later in the year, so there’s still more to come.”