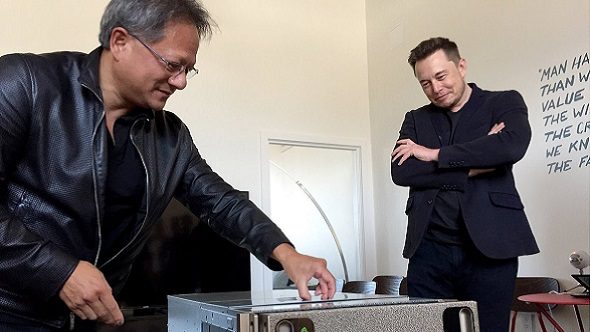 Update January 25, 2017: Elon Musk, a man with a name like a fragrance marketed at mature males, wants to take humanity to Mars. Thing is, the guy mains Soldier: 76 in Overwatch, so can we really trust him?

In an interview just the other week, Musk said he was an Overwatch player and we praised him for his brilliant choice in games. Clearly the man has taste, we thought. Wrong.

Elon Musk has plans for humanity to colonise Mars. For now, we’ll have to pretend we’re already past that with our list of the best space games.

@redletterdave Ok, fine. Soldier 76. My dark secret is out …

Original Story January 10, 2017: In a recent interview segment, the CEO of SpaceX, Elon Musk, was asked for videogame recommendations. Without hesitation, he replied: “Overwatch”.

It’s not just Overwatch he’s into, though. “Generally Blizzard does great stuff,” he continues. “There’s Hearthstone. That’s what my kids play the most, also from Blizzard.”

After that, the host tries to wrap the interview up, but Musk isn’t done talking videogames yet.

Musk asks the host about his videogame playing – specifically if he’s played the new Deus Ex, which Musk seems a little disappointed by. He even goes on to say “the storytelling is kind of lame”, though he thinks “the storytelling was amazing” in the original Deus Ex.

Musk has good taste as well as a good brain, it seems.

The host seems a little out of his depth, however, and looks like he wishes he never asked about videogames, as Musk begins talking to the crew passionately. The presenter then tries to save it by saying the original Mario games had great storytelling, but it fades out as Musk politely agrees.

Have a watch of the video embedded above.