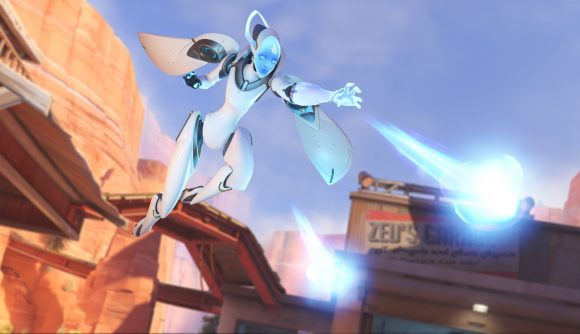 Overwatch‘s latest experimental card is here, and it doesn’t bear good news for fans of Echo, Tracer, or Zenyatta. Blizzard has posted patch notes to its blog that detail nerfs for the trio of heroes.

Echo’s Tri-Shot ammo has been reduced to 12 from 15, and the duration of Focusing Beam has been reduced to two seconds from 2.5. Blizzard explains that the damage character was faring too well against high-health targets, so she’s being nerfed in a way that fixes the issue while retaining her lethality against squishier targets.

Speaking of squishy, everyone’s favourite Brit is also getting reined in. The damage of Tracer’s pistols has been rescaled from 13-23 metres to 12-20. Blizzard says the idea behind Tracer is that she’s lethal when up close and that she was doing too well at medium ranges. Finally, Zenyatta’s orbs of Harmony and Discord are being slowed down from 120 to 90. Orb of Discord’s damage amplification is also being shrunk from 30% to 25%. Blizzard says that the omnic is proving to be too effective at enabling team-wide damage right now, so these changes should slow him down a bit.

As the card implies, these changes are experimental, so they could still change. As a former Tracer main, I can only hope.

The Overwatch 2 release date is still a bit of a mystery, but hey, Blizzcon 2021 isn’t far away, so maybe we’ll hear something soon.