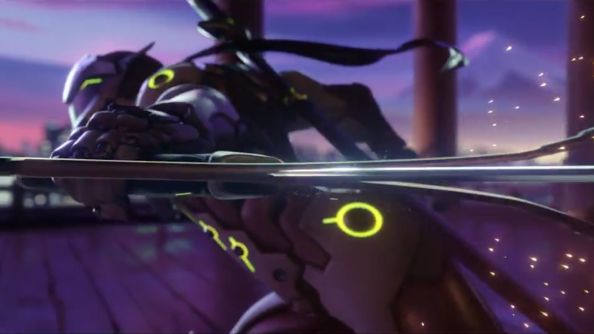 Blizzard, Coke and various theatres are comboing up to show off Overwatch’s cinematic beauty on the big screen come May 22. Across the US, UK, Spain and Poland, cinemas will be showing a special presentation of all the cinematics so far, plus two new ones showcasing first Soldier: 76, then Genji and Hanzo. A new trailer shows more from these cinematics than we’ve already seen.

A bunch of our picks for the best Overwatch characters making their silver screen debuts.

The Coke eSports Twitter has the video, for some reason:

Overwatch as you’ve never seen it before: ON THE BIG SCREEN!https://t.co/UQeimOolRB

As much as Genji and Hanzo aren’t my preference, that fight does look rad as anything. Do wish S:76’s rockets did anywhere near that much AoE in the actual game, or that his melee attacks were quite that strong. Blue pls, Soldier buffs.

If you want to see those before they hit YouTube, you’ll need to check the official site for a cinema running near you. It’s 9pm on May 22 in the States, 7pm on the 23rd in the UK and 8pm on the 23rd in Spain and Poland. Not all of these places will be running, as 100 tickets must be booked before the 12th to lock the event in. If you book and then the vent doesn’t happen, you’ll get a full refund, natch.

There’s also to be a showing of a “special developer panel” specifically focusing on the lore and storytelling of the game and how the multimedia universe is being constructed. It’ll be hosted by Michelle Morrow. According to Blizzard’s post about it, anyone who attends will also get some, as they put it, “pretty sweet swag.” They also have a list of the cinemas that will be running the event regardless of how many sign-ups they get.