Blizzard have done well. Overwatch sports a fantastic variety of ways to play the game outside of the standard format. From breaking matches down to 3v3 scraps to letting players create dozens of iterations of Saxton Hale, tiny tweaks to the rules have proven that there are plenty of fun alternative modes to eke out from the basic framework.

But when the team go all out on creating fully bespoke games for the holidays, we really get a chance to see Overwatch kicked into overdrive.

Another point of contention is Overwatch’s loot boxes – they’re not as innocent as they seem.

Lucioball came out of nowhere. It was a surprise interpretation of Rocket League bringing some fun – if not overly complex – sport to Overwatch’s summer games event. Uprising, a four-player cooperative event gave the team shooter more of a Left 4 Dead twist, with heroes fighting off hordes of omnic shamblers. Taking advantage of multiple objectives and a narrative throughline, I would argue that Uprising is the story-driven game Overwatch could have been – and maybe one day will be. 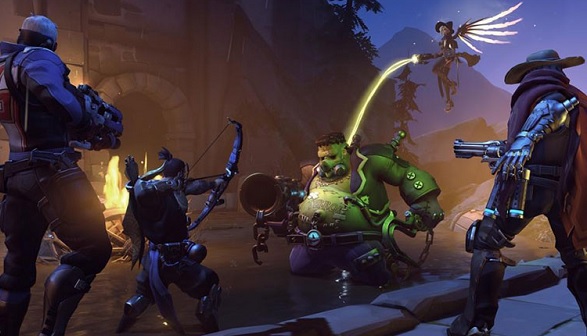 When Halloween rolled around last year, along with horde-mode Junkenstein’s Revenge, it was a fun distraction. But now in its second year, and with no change to the back-against-the-wall formula besides an endless mode, the cracks in it have started to show. I don’t think it is a terrible game, it is far from that, but it does at least fall short compared to some of the all-time great horde modes of the past.

The big problem with Junkenstein’s Revenge is a lack of variety – with only a small square to play in, and a limited roster of bots and bosses, very little changes between sessions. Comparisons to Team Fortress 2 are still overplayed, but just look at the way the maps in it its own horde mode, Mann vs. Machine, twist and wind. Over the course of a single Mann vs. Machine session, there is a sense of push and pull, with your team falling back as the odds start to shift in the horde’s favour. Camping spots change and different classes are given their own time to shine. 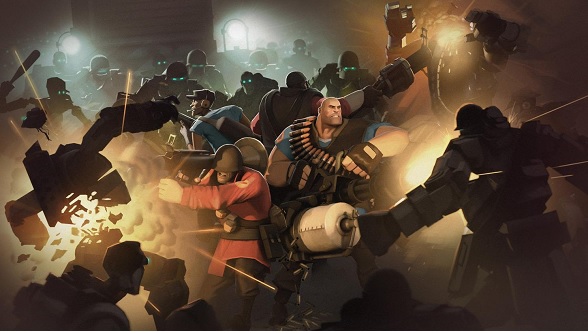 Alternatively, Left 4 Dead’s Last Stand featured a map with similarly small floorspace, but one that would break around the survivors. Forcing movement as zombies breached the walls kept the round dynamic as defensive positions would suddenly become dangerous ambush spots.

Some games got away with fairly small, static levels, keeping things mixed up with a roster of foes that each presented unique gameplay challenges. Junkenstein’s bots are a painful distraction at best, with two varieties – a puncher and a mortar. This is nothing when compared to, say, Killing Floor’s band of beasties. With a quick death coming from foes that can clamber on ceilings, burst out of invisibility, or hit enrage states if not downed quickly enough, much of Killing Floor becomes about identifying where best to point your gun. 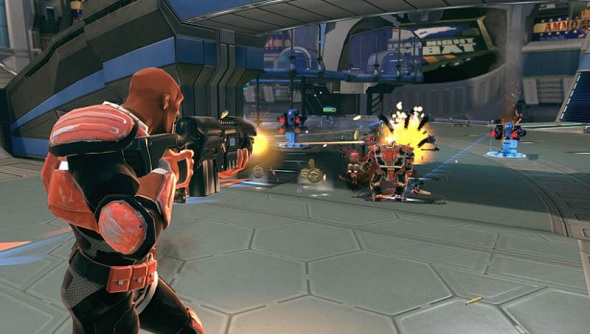 A personal favourite, Monday Night Combat features foes with roles besides dealing direct damage, including robots that could pin you into a grapple, or scramble a character’s abilities in a similar manner to Sombra. Overwatch has a huge roster of unique heroes to its name, so it only makes sense that Dr. Junkenstein would be able to pull from the same bag of tricks in his Eichenwald assault.

Events like these come to Overwatch only every few months and are always a welcome distraction from the main event. For my money, they are the best part of the game, and I will live with their temporary time in the arcade as long as they keep the game fresh and exciting. Horde modes in particular are a great way to spend some time with a few mates without the pressure of competitive play – this year, the only change to Junkenstein’s Revenge was the option to remove the timer. Hopefully, when Halloween rolls around next year, Blizzard take the opportunity to turn this simple bot-basher into one of the greats.