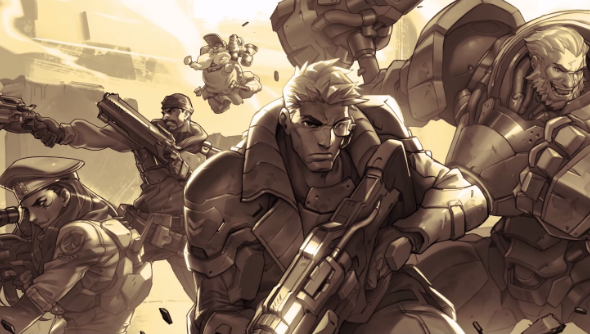 Blizzard have teased the existence of another member of the original Overwatch team in the latest in-universe blog post.

Need help with the existing cast? Here are the best Overwatch characters to choose from.

The postties together some of the current Overwatch cast’s vigilante activity in an opinion piece along with history of the corrupt original Overwatch squad.

However in amongst these five, it also lists a sixth founding member, Liao, who has not been mentioned previously and has no accompanying art like the original five’s above.

Just a surname gives little to go on, other than a possible Chinese or Taiwanese heritage, and given Blizzard’s penchant for tying in backstories perhaps this is a character from Mei-Ling Zhou’s past.

The climate scientist-turned-cryoweapon expert was part of a meteorological survey during the time of the original Overwatch squad’s formation, though was accidentally put into hibernation throughout enacting of the Petras Act which outlawed Overwatch’s activity.

Maybe they were chief meteorologist? What are we thinking, lab accident imbues demi-god thunder powers and now Liao is a Triad boss? Freak solar flare creates a ball of pure electromagnetic energy? Theories below, please.

We recently had a chat with Blizzard’s Michael Chu about the villains of Overwatch’s world, maybe there are some hints in there.