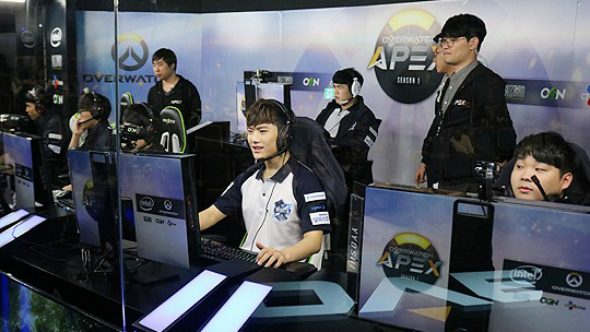 One of the top Overwatch teams in Korea, Mighty Storm, is on the brink of collapse after players claim they were mistreated by coaching staff and forced to practice 16 hours a day in poor living conditions.

Try not to play these great Overwatch characters for more than 12 hours a day, doctor’s orders.

The South Korean players provided statements to an eSports site in the countrydescribing ‘exploitative’ working conditions and abuse from the team’s management personnel.

Among the accusations are claims that practice times extended from noon to 4-5am, only being provided one or two meals per day and being forced to sleep in a single bedroom of 10 people, or a living room accomodating four people. The gaming house also only had one bathroom between 16 people. The meals allegedly consisted only of ‘2-3 quail eggs and pre-made kimchi andkongjaban’– a sort of sweet and salty soy bean paste – and there was not enough to feed everyone. The team had to purchase any further meals at their own expense.

The players also claim not to have been paid according to contracted terms of a 70/30 split between themselves and the organisation for the events they have already competed in.

Mighty Storm were participating in the OGN APEX tournament, the flagship league for Overwatch in South Korea at the moment, until November 16 when they were knocked out of their group by one of the strongest teams in the game Lunatic-Hai. Before their final match began, players claim coaches said to them ‘you guys will probably lose 3-0 today’, and had not provided any strategic advice during practice beforehand. When they were knocked out of the tournament players say they were not provided any further meals for the day, as coaches told them they ‘did not deserve to eat’.

After a previous loss on October 19, coaches allegedly screamed at the players and told them to get out of the vehicle they were using to return to the team house. When the team arrived at the house after walking for 40 minutes, players claim they were told ‘you aren’t even worth the effort to teach’.

When one player, Gang ‘SIP’ Jun Hyeong, expressed a desire to leave the team, management responded that he would be in breach of contract and that if they reported him to KeSPA for such an infraction, he would be unable to play Overwatch professionally ever again.

The organisation obviously disputes this version of events, providing a statement to Daily eSports that the captain, Jun Hyeong, had not fulfilled obligations stipulated in his one-year contract and thus they had not released funds to him after their OGN APEX elimination.

Management also refutes claims of underfeeding their players as well as the wording of some of the exchanges players claim were abusive, including “if you continue to practice this way, you will lose 3-0” instead of just outright saying the players were useless.

The Korean eSports Association (KeSPA) has already stepped in to mediate the dispute, with chairman Byung-Hun Jun assuring that the Mighty Storm players will receive legal support.

“We have received extensive reports of this unfortunate happening over the last month,” Jun said. “eSports has multiple teams across numerous games, but we are aware that not all players are guaranteed the proper rights that a professional gamer deserves. The fact that pro gamers are often young further exacerbates problems when it comes to gaining the required resources and support of a properly constructed contract.”

With thanks to Akshon Esports for the translate assist, photo courtesy of Daily eSports.