Blizzard has made the call to stop creating special skins for Overwatch League MVPs. The developer recently showed off two of them to celebrate 2020 League winners San Francisco Shock and league MVP Byung-Sun ‘Fleta’ Kim of Shanghai Dragons. As noted by Kotaku, though, Blizzard says “this is the last time a skin will be made for the Overwatch League MVP”.

Blizzard has been releasing special skins to celebrate the Overwatch League since 2019. First we got a special, octopus-themed skin for Sung-hyeon ‘JJoNak’ Bang before getting an alien-themed one for Jay ‘Sinatraa’ Won the following year. We don’t know why Blizzard is pumping the brakes on making these skins, but we’ve reached out for comment, and will update this article if we hear back.

The decision follows another recent call from Blizzard to pull Won’s special skin. The former Overwatch player left the game to pursue an esports career in Riot’s shooter Valorant. His skin remained for a while until Blizzard took it down and offered refunds to anyone who had bought it after Won was accused of emotionally and sexually abusing a former partner. Won denies the allegation, and an investigation from Riot is underway.

Blizzard has since made the original video revealing Won’s MVP skin private, though some tweets promoting the skin remain. We currently don’t know if there’s a link between the skin’s removal and the allegations against Won, though we’ll update this story if we hear back. 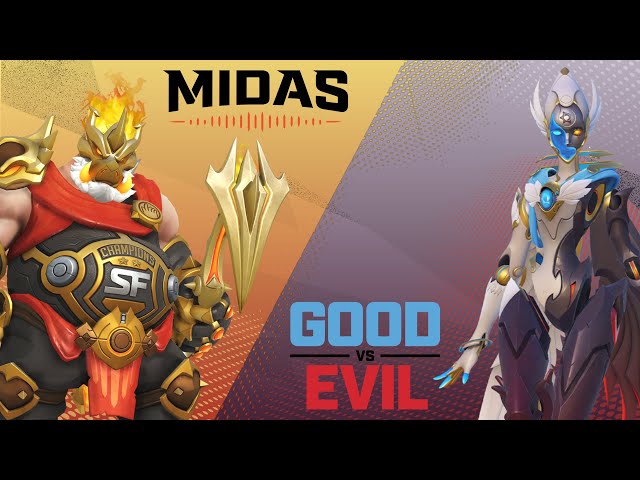 As for the skins currently on offer, Kim has got an Echo skin that’s themed around ‘Good vs Evil’, while San Francisco Shock have got one that’s a spin on Roadhog. You can check them both out in the video above.