We’ve had nearly two months with Overwatch’s newest hero, Brigitte Lindholm, so we thought it was about time we talked to the team at Blizzard about the thinking behind her design and what she signifies for the future of the game.

We talked with lead designer Geoff Goodman and senior designer Michael Chu about counter-dive, hybrid supports, and, most importantly, we found out the name of one of Brigitte’s cats… that’s right cats plural.

With Brigitte now out in the wild, Blizzard are overhauling Symettra to become a defence hero.

PCGN: What led the decision to build Brigitte as a counter-dive hero?

Geoff Goodman: Many of the strongest compositions include fast-moving high-damage heroes such as Tracer and Genji. These types of compositions tend to focus on rushing the enemies’ support heroes in an effort to take them out quickly. So it certainly became a goal to have Brigitte be more capable of defending herself and her allies in these types of situations. With her ability to stun fast enemies with the Shield Bash, protect herself with her Barrier Shield and quickly save allies with her Repair Pack she should prove to be helpful against these compositions.

Can Overwatch only tank/deathball and dive play, or can you foresee another format?

Geoff Goodman: Ideally we’d be able to sustain more than two broad metas. Even now if you look across all maps, while dive is the most popular strategy overall there are maps such as King’s Row that tend to play differently. We’d like to get to a place where dive is a little less common while still remaining viable and popular.

Brigitte should certainly help against dive and hopefully help diversify the metagame. She is particularly good against Tracer and Winston, can provide a burst of survivability to an ally that might be a dive target, and works well with non-dive heroes such as Reinhardt. 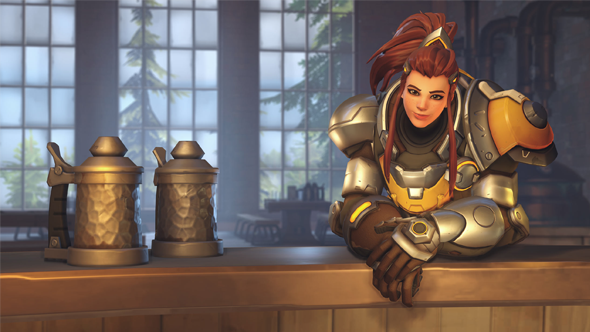 Are you worried about the potential impact of Briggite/Torb/Sym stacking DPS players with armor (particularly Tracer), both in low level and competitive play?

Geoff Goodman: Somewhat. We’ve tried to run this internally a few times and it hasn’t been too successful. That said, if it turns out to be a big problem there are many ways we can address it such as changing how armor and shields stack. It will be exciting to see what team compositions people come up with!

Do you share the same philosophy as the Hearthstone team, preferring to provide tools to counter powerful heroes, rather than nerf them?

Geoff Goodman: This is always a goal of ours. Ideally there are many options within the game that allow players to counter strategies or play a map in different ways. That said, sometimes some things need to be to nerfed to open up the viability of already existing heroes or strategies.

With Brigitte described as a support-tank, and Moira described as an off-tank, are we going to see a continued focus on characters becoming hybrid roles?

Geoff Goodman: The most important thing is that we always want to have lots of different options for players to play with. Sometimes that means more hybrid heroes such as Brigitte (Tank/Healer), Zenyatta (Damage/Healer), or Roadhog (Damage/Tank) or sometimes that might mean heroes with more of a ‘pure’ role, such as Mercy, Reinhardt, or McCree. So I think it is likely we’ll see more hybrid heroes but also more pure heroes as well! 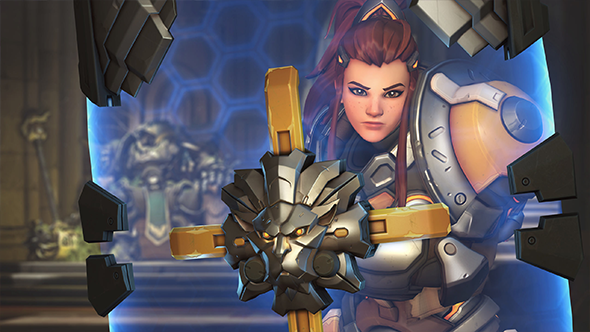 Is there a chance that existing characters will be reworked to keep them viable, or allow them to cover multiple roles in-game?

Geoff Goodman: We’re looking at reworking Symmetra in the short term and then Torbjorn down the line a bit more. It’s not an explicit goal to be constantly reworking older heroes to keep up with the current game, but sometimes when we look at these heroes we can see that they would fit much better into the current game with more significant gameplay changes, rather than just balance tweaks. For example, Symmetra is our only non-healing Support. She feels difficult to fit onto a team of 6, especially when you’re typically building around a 2 damage, 2 tank, and 2 healer team. I don’t have a ton of details for what we’re doing with her yet (as we’re still iterating on her heavily internally), but we started looking at her with the base idea that she should either be able to heal and stay in the Support role, or be given more damage viability and moved to the Defense role.

When you showed off Brigitte in Reinhardt’s video, did you already know she was going to be a hero?

Michael Chu: Brigitte also appeared even earlier in the comic, “Dragon Slayer!” As a character, Brigitte’s been in our minds for a long time, so it worked out well when we were talking about concepts for a paladin-like hero.

Finally, and most importantly, does Brigitte’s cat have a name?

Michael Chu: Well there’s more than one cat. The white one is named Mitzi.