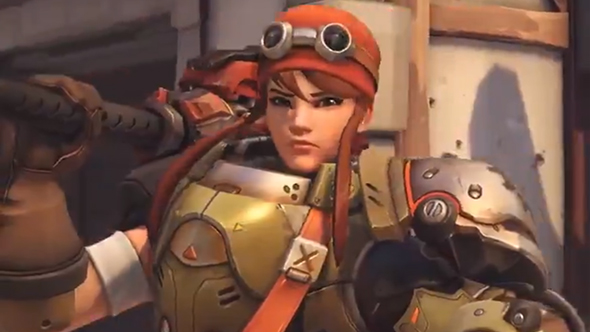 Brigitte has already made a splash since landing on the Overwatch PTR, but Blizzard’s been playing coy with her cosmetics. Turns out that they know we’re all suckers for cool new skins, so they’re slowly unveiling the new looks rather than dumping them on us all at once.

Check out all the details of Brigitte’s abilities and weapons.

The official Twitter account revealed Brigitte’s Engineer skin, which will be up on the PTR soon. The look’s quite similar to the gear she’s wearing in some of her origin story art, when she’s in the process of building her own armor.

Brigitte’s ENGINEER skin will be available soon on the PTR. pic.twitter.com/OtDun7DKNo

This quick tease also appears to give us a look at a new highlight intro video.

If tradition holds, we should see one more legendary skin before Brigitte debuts on live servers, so stay tuned for your regularly-scheduled drip feed of new Overwatch cosmetics.