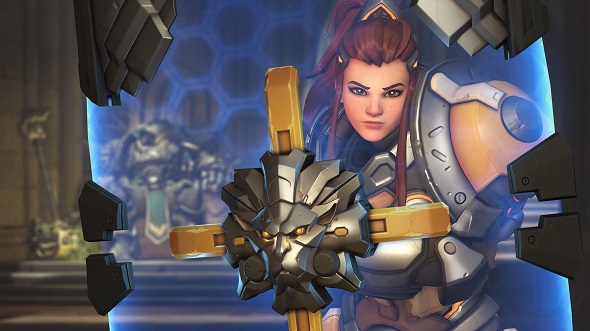 Blizzard has confirmed that it has changed its position on mid-season updates in Overwatch’s Competitive mode. The developer stated that from now on new maps and heroes will be introduced after seasons have already begun, meaning that players can introduce new tactics as soon as they are available.

New support hero Brigitte was excluded from the mode last season. However, on May 22, Blizzard broke from this convention by adding Rialto to the Competitive playlist, midway through the game’s tenth comp season. The addition came with the launch of Overwatch’s second Anniversary event.

Looking for more high-octane multiplayer action? Of course you are! Check our best multiplayer games.

Now Blizzard’s Scott Mercer has confirmed that this schedule will continue in further seasons.

The change comes after fans were understandably peeved that Brigitte was not added to Season 9, an issue which game director Jeff Kaplan promised to address.

Brigitte was believed to have been held back from the Overwatch League for concerns that her crowd-killing abilities would break the balance of the game. Her implementation in Season Four has been largely positive, however, with Blizzard tweaking the meta to disrupt dive tactics.

Announcements regarding new heroes are expected to drop soon, however, it remains to be seen whether any new additions will make it before the tenth season wraps up. Here’s hoping that these changes to Overwatch’s content plan help the game remain fluid and dynamic throughout seasons, whilst not disrupting the game’s balancing.