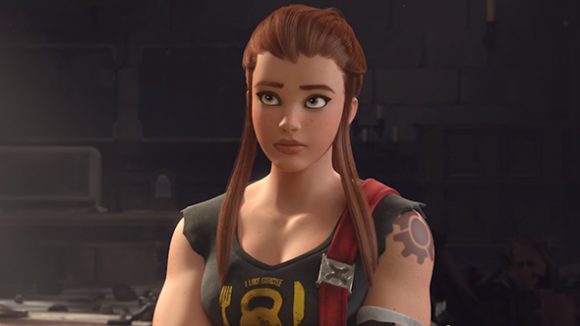 09/11/2018 Dafran has now backtracked on his original tweet, stating that his contract with Atlanta Reign is still intact.

Don’t panic, Overwatch fans. It looks like it’s top players won’t be throwing in the towel just yet. Popular streamer Dafran, who tweeted a couple of days ago that he was walking away from Overwatch has now retracted his statement, attributing it to a lapse in judgment.

Dafran tweeted: “Still in ATL Reign, didnt quit like I said. I messed up, dont know what to say except sorry to the community, my fans and ATL. It wasnt jebait, sometimes I have these days and make dumb mistakes. Going forward im going to stream less and focus on making myself and my team better.”

Dafran, whose real name is Daniel Francesca, was signed to the new Overwatch League squad Atlanta Reign but shocked fans earlier this week, tweeting that he was done with the team and even uninstalled the game live on his Twitch stream.

Francesca’s original tweet reads: “The end. I hate the game. Thought I could love it again and have passion but its impossible, I always end up soft throwing. Contract ended, Overwatch uninstalled, Mcdonalds here I come. For real though thanks for everything u have given me OW Community.”

Dafran had previously played for now-defunct esports org Selfless, prior to the foundation of the Overwatch League, before walking away to become a streamer.

Although Dafran has been known to mislead his fans, many in the esports scene had already begun lamenting the loss of this talented player.

The proper response to what happened today with Dafran is simply to react with sadness. What we lose here is the potential redemption story of one of the greatest mechanical talents to play Overwatch. Instead, we gain a reminder that the life of a pro player isn’t for everyone.

Many streamers have been openly critical of the current Overwatch meta-game, which heavily favors GOATS compositions (3-tank, 3-support) as well as over-powered DPS hero Doomfist. The potential for tilted games has gotten so bad that rookie Overwatch player and Fortnite Twitch-streamer TimTheTatman resorted to desperately messaging Felix ‘xQc’ Lengyel on Twitch during a stream to ask how he copes with playing the game day after day.

“xQc, you can like clip this and show him: xQc, how you go through that every day of your life, I do not know my friend,” said Timothy ‘TimTheTatman’ Betar, during his stream.