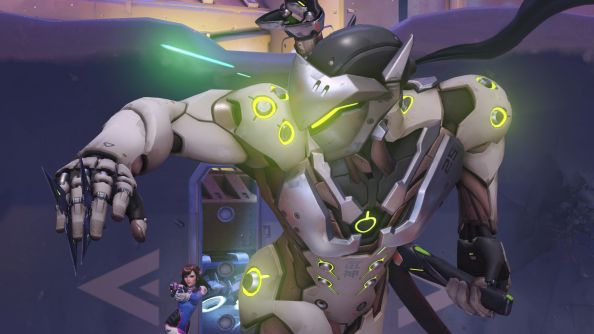 I’ve seen some entertainingly dumb controllers in my time. First, there was a guy who figured out to play Destiny 2 with a packet of PopTarts, and now Overwatch has befallen a similar fate.

Here’s everything we know about the Overwatch League.

Streamer Rudeism has previously hooked up his PC to a bunch of bananas in order to play Winston, and he’s also played D.Va using flight sticks, as well as a whole bunch of other heroes. His Winston controller is a clumsy, if entertaining effort, and you can check it out in the video above. But Rudeism’s new project is arguably even sillier – he’s working on a way to play Genji using a fidget spinner.

2017’s greatest trend in the field of useless rubbish bears a slight resemblance to Genji’s three-pronged throwing stars already, but Rudeism has found a way to link a garish pink fidget spinner up to Blizzard’s hero-shooter. A quick spin is enough to have Genji fire off three of his deadly stars with an elegant flick of the wrist.

How exactly that’ll fit into the full controller remains to be seen – it’s one thing to be able to shoot, but quite another to use a fidget spinner to move. And as for the Deflect ability, during which Genji uses his sword to block incoming projectiles, the possibilities are slightly alarming.

Way ahead of you my dude pic.twitter.com/FZBdunooqd