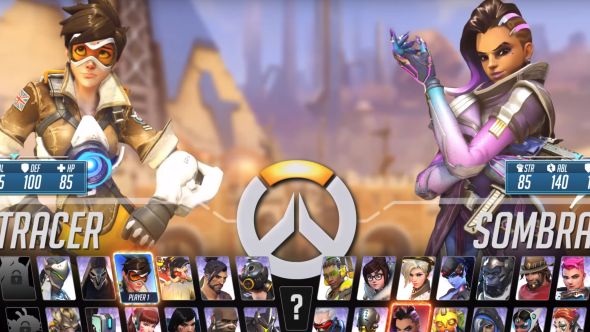 You might be able to calculate a moment-perfect Tracer ult, pull off a game-winning Mercy res, or press Q just so on Soldier 76. But how would the skills you’ve honed over countless hours of Overwatch translate to a fighting game?

I’m not sure how she’d hold up in a straight-up brawl, but Mercy is still viable, even after her nerfs.

Sadly, you’ll probably never know, but you can get an idea thanks to Overwatch-focused YouTube channel TGN. The team have re-imagined Blizzard’s hero shooter as a classic 2D fighter, complete with character selection screens, bonus stage, and even a traditional arcade-style cabinet.

The video, which you can watch above, sees Reinhardt take on Zarya (with bonus appearances from Mei and game director Jeff Kaplan), before Doomfist battles Genji in a second match. All of the gameplay in the videos was captured in-game, and then adapted to fit the 2D side-scroller style of games like Street Fighter and Mortal Kombat.

The game even features a bonus stage containing Roadhog’s destructible bike from the Junkertown map, which Doomfist summarily goes to town on at the end of the video.